Welcome to the Cannabis Countdown. In This Week’s Edition, We Recap and Countdown the Top 10 Marijuana and Psychedelics Industry News Stories for the Week of July 13th – 19th, 2020.

Bruce Linton‘s former company, Canopy Growth (TSX: WEED) (NYSE: CGC) (FRA: 11L1), was one of the early leaders in the large and far-reaching cannabis industry. That business, like every other cannabis business, has had to manage some of the same sort of uncertainty that the Psychedelics industry is experiencing today.

9. A Mystical Journey: The Therapeutic Value of Sights and Sounds in Psychedelic Therapy

Many say these mystical experiences from Psychedelics became one of the most important events in their lives, as reported in a survey of 1,993 Psilocybin users by Johns Hopkins researchers. Approximately 60% of respondents considered their experience to be among the top 10 most psychologically and personally meaningful experiences of their lives.

Grasso Regularly Speaks at a Multitude of Investment Conferences Across the U.S. and Also Takes Part in Business Round Tables with Many Influential Investors and Business Leaders

Red White & Bloom (CSE: RWB) (OTCQX: RWBYF) announced hat the company has appointed Steve Grasso as its new business advisor. Grasso is well known throughout the financial community for his role at CNBC as a market analyst and is a regular on the top-rated CNBC show Fast Money, which airs daily Monday to Friday and boasts an average daily viewership that currently exceeds 250,000.

In less than two years after the country legalized recreational cannabis, Canada has reached an important milestone. According to a report in BNN Bloomberg, the country’s dispensary count crossed the 1,000 mark as of July 17, landing at 1,010.

6. The Uptight Girl’s Guide to Psychedelics

Raves Have Been Postponed Indefinitely, the Tie-Dye Trend Has Crested, and Jam Bands Are… Divisive as Ever 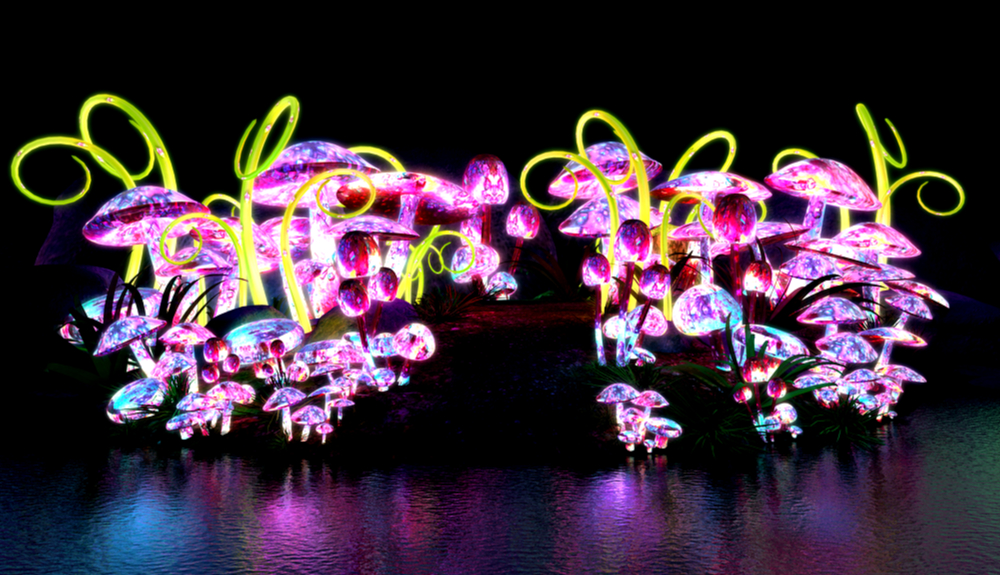 For the Past Several Years, Specific Events Have Driven Cannabis Stock Prices Most of the Time

Some, like Constellation Brands (NYSE: STZ) (FRA: CB1A) investing in Canopy Growth (TSX: WEED) (NYSE: CGC) (FRA: 11L1), have been surprises, while many have been scheduled. Some of those that stand out include Colorado legalizing at the beginning of 2014, the 2016 elections, California legalizing at the beginning of 2018 and Canada legalizing in October 2018. In all cases, these events proved to be buy-the-rumour and sell-the-news items.

Rep. Andy Harris (R-MD) Made the Case That HIs Proposed Measure Represented a Reasonable Compromise

A GOP congressman filed an amendment to a spending bill on Wednesday, seeking to undermine a local Washington, D.C. ballot initiative to deprioritize enforcement of laws against a broad class of Psychedelics.

3. Cannabis is a World of Mystery, Says a Nobel Prize Winner Working in Weed

Prof. Ciechanover, an Israeli biologist, got the highest honour from the Nobel Foundation for discovering ubiquitin‐mediated protein degradation. He is now one of the very few Nobel Prize winners actually working in the cannabis space.

2. The Power of Psychedelics

They Worked for My Depression – Could They Be the Future of Psychiatry?

Psychedelic drug therapy subverts the timeworn patriarchal hierarchy by creating an atmosphere of cooperation and trust rather than competition and domination.

1. Biden and Trump Must Back Marijuana Legalization Before Election, NORML Petition Demands

NORML Stressed That Most Americans, Including a Majority of Republicans and a Supermajority of Democrats, Are in Favor of Marijuana Legalization

A top marijuana advocacy group is circulating a petition urging President Trump and presumptive Democratic presidential nominee Joe Biden to back comprehensive cannabis reform ahead of the November election.