Welcome to the Cannabis Countdown. In This Week’s Edition, We Recap and Countdown the Top 10 Marijuana and Psychedelics Industry News Stories for the Week of July 6th – 12th, 2020.

In November, Voters in Oregon Will Have the Chance to Pass a First-of-its-Kind Bill to Legalize the Therapeutic Use of Psilocybin

While 2020 may seem like a year to forget for many obvious reasons, it’s shaping up to be a year to remember for drug policy reform as several other Psychedelics, and Cannabis initiatives have also qualified for the fast-approaching November ballot.

Buoyed by the Market’s Success, Current Licensees Have Become Acquisition Targets Even in the Current Tough Economic Climate – with Deal Prices Moving North of $25M

Pennsylvania’s medical cannabis market, praised for its smooth operation, is expected to nearly double to $400 million-$500 million in sales this year and reach $1 billion in sales within three or four years.

8. Closing in on Equal Access For All: The Evolution of the Psychedelics Industry

While the Psychedelics Industry Continues Growing, Industry Insiders Are Looking to Broaden the Base of People and Enhance the Appeal of Psychedelic Drugs and Therapies

What that means for this industry is finding more and better ways to get Psychedelics ready for a mainstream patient base.

FDA Submitted its Proposed Plan—Titled “Cannabis and Cannabis-Derived Compounds: Quality Considerations for Clinical Research”—to the OMB in May

The White House recently completed its review of pending Food and Drug Administration (FDA) guidance on marijuana and CBD research—though it remains to be seen whether the draft document will ultimately be released to the public.

MagicMed Industries announced that it has filed a provisional patent application with the United States Patent and Trademark Office (USPTO) covering composition of matter, drug formulation and process of preparation claims for novel Psilocybin derivatives. 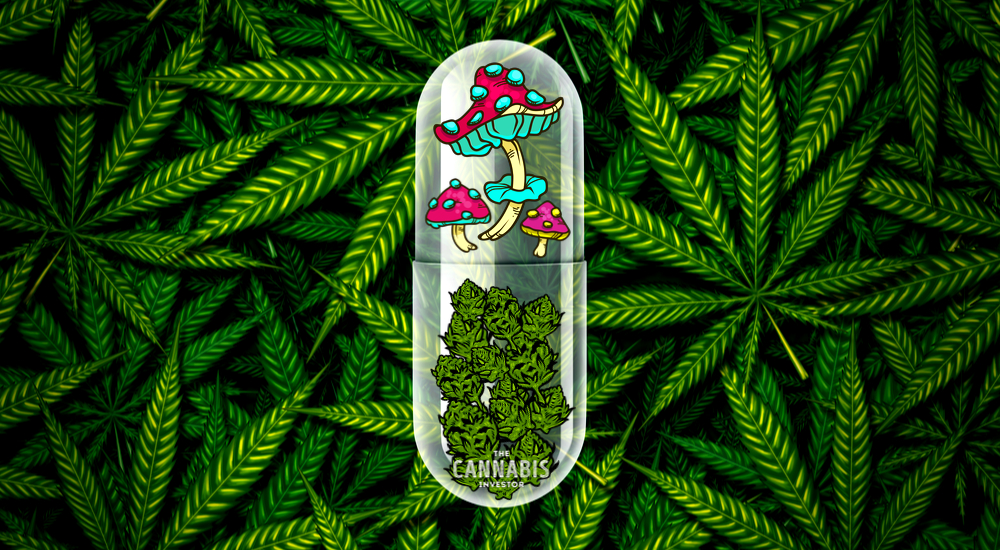 Over the Past Few Months, Many of the Most Active Stocks on the CSE Have Been Shares of Companies Involved in the Psychedelics Industry

Companies working in the Psychedelics industry have also listed on the TSX Venture Exchange and the NEO Exchange in Canada. Several other companies in the sector are actively raising capital from the investment community to develop their business, and have plans to “go public” in Canada.

The top police chiefs association in Canada made a bold call for drug policy reform on Thursday, arguing that low-level possession should be decriminalized and substance misuse should be treated as a public health matter.

The Letter Says That the Pandemic Has Underscored the Need to Pass the SAFE Banking Act, Which Would Protect Banks That Service the Cannabis Industry From Being Penalized by Federal Regulators

A bipartisan coalition of state treasurers sent a letter to congressional leaders on Wednesday, asking that they include marijuana banking protections in the next piece of coronavirus relief legislation.

No Matter How You Slice the Data, Recreational Cannabis Sales in June Shattered Existing Records in the State, Which Began Legal Sales on January 1 of This Year

In the middle of a global pandemic and one of the worst unemployment crises in American history, Illinois marijuana retailers saw their busiest month on record in June, racking up more than $47.6 million in total sales.