Cannabis companies are hopping on the rainbow Pride bandwagon and selling to the LGBTQ market, one of the most powerful markets as the industry continues to grow with legalization. For cannabis companies, understanding this consumer is important, considering the LGBTQ market is estimated to have $5.4 trillion in spending power globally.

A 2015 survey from the National Institute of Drug Abuse, shows that members of the LGBTQ community are twice as likely to use cannabis compared to heterosexual individuals. While the statistic may seem surprising, people in the LGBTQ community experience mental and physical illness at a higher rate and may use cannabis to deal with the marginalization they face.

However, the fight for equal rights for members of the LGBTQ community and the legalization of cannabis may have more in common than you may think. Both groups have a deep intersecting history on their journey to becoming mainstream.

In the 1990s LGBTQ activists fought for the right of those suffering from HIV/AIDS to have access to medical marijuana for wellness purposes. When the AIDS epidemic devastated the gay community, Dennis Peron (an openly gay man) decided to open a Cannabis Buyers Club to help to mitigate pain, nausea, headaches, wasting syndrome, anxiety, depression, and other symptoms for those suffering from the disease. Peron’s partner passed away from HIV/AIDS and after seeing how his partner had benefited from cannabis, eventually, Peron co-authored Proposition 215, otherwise known as the Compassionate Use Act of 1996. The act outlined legalization of the use of cannabis for medicinal purposes in the state of California. Ultimately, helping to shine a light on the positive effects of medical cannabis for terminally ill patients.

Yet, the battle for those who identify as LGBTQ and representation in the cannabis industry continues to be hard-won. Many cannabis entrepreneurs who identify as LGBTQ report experiencing prejudice and have difficulties raising funding from investors. Across brands, advertising campaigns seem to have a heteronormative approach that can be alienating to LGBTQ cannabis consumers. Another critique is that promotions supporting the community pop up during Pride month, but disappear soon after. According to a 2018 survey by Grindr, LGBTQ people feel more positively towards brands that have LGBTQ product themes throughout the entire year than those that only roll them out during Pride Month (June).

There are many ways cannabis companies can contribute to the empowerment of the LGBTQ community. Whether it’s through creating rainbow packaged products, donating a portion of their profits to LGBTQ organizations, offering special discounts to customers, and more. Through authentic engagement with the LGBTQ community, companies can align their business needs in support of real social issues faced by this group and give back in a meaningful way. While investors can explore how they can make their portfolios reflect social responsibility. 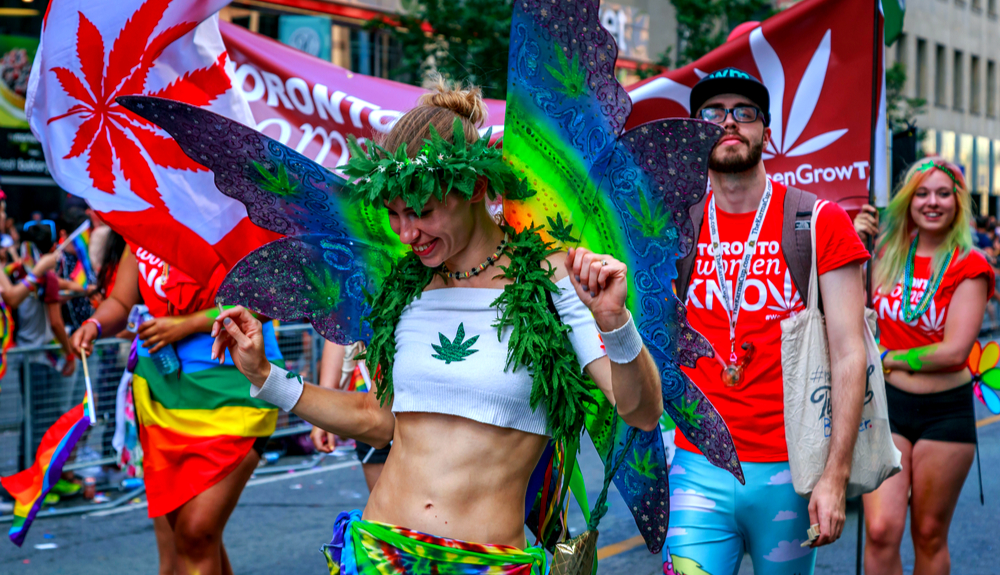 The cannabis retailer known by many as the ‘Apple Store of Weed’, MedMen is doing their part to advance equality and show their support for the LGBTQ community. They have partnered with non-profit Equality California, the largest LGBTQ civil rights organization in the state of California. The organization helps to improve the lives of LGBTQ members as well as empower the next generation of LGBTQ leaders. During Pride month MedMen donated 15% of all profits from limited-edition Pride products including but not limited to rainbow bath bombs and glittery gummies.

For many years, West Hollywood has been a place where those affected by HIV/AIDS could find solace from scrutiny and stigma. The area has made an effort to open many medical marijuana dispensaries to provide pain relief to those with the disease. Notably, the MedMen location in West Hollywood is a part of that incredibly important history. As one of the founding locations helping to reduce stigma, the retailer continues to contribute to that noble mission and provide safe access to medical cannabis to support the LGBTQ community. “In West Hollywood, we are more than a member of the business community. We are a partner in the fight for equality and an advocate for happier, healthier and safer communities,” stated Andrew Modlin, MedMen Co-Founder and President.

In fact, MedMen has a large number of executives and employees that identify as LGBTQ, and in addition to instore celebrations, the MedMen employees also marched in the Pride parade.

“Cannabis has played an important role in LGBTQ history. It is an honour to celebrate Pride Month and support our many LGBTQ employees, customers and partners,” said Modlin.

Previously, the company has also shown their support of other LGBTQ organizations such as Rogue Artists Ensemble, ONE Archives Foundation, The Foundation for The AIDS Monument, Trans Can Work Alliance for Housing & Healing, Project Angel Food.

Another leader in the cannabis space, Trulieve, the largest fully licensed medical marijuana company in the state of Florida, has partnered with Equality Florida. The move showcases the companies support for the LGBTQ community. Equality Florida was an organization created in 1997 to aid in the fight against discrimination faced by the LGBTQ community. During Pride Month, a portion of the sales was donated from rainbow TruPODs along with with a rainbow TruSTIK vaporizer pens and other Trulieve Pride branded products to Equality Florida.

According to Trulieve, diversity and inclusion has always been of significance to the company. “We have worked hard to create an environment where everyone — regardless of their sexual orientation or gender identity — feels safe, comfortable, and welcome,” said Trulieve CEO, Kim Rivers.

While, cannabis retailer and consumer packaged goods service, Green Thumb Industries is showing their support for those in the LGBTQ community. The company who owns retailers Rise and Essence released the limited edition rainbow Rhythm vaporizer pen. The pens were available in select retailers across Illinois, Maryland, Massachusetts, Nevada and Florida. A portion of the sales was donated to the GLBT Historical Society, a history center that collects, preserves and interprets the history of gay, lesbian, bisexual and transgender people and the communities that support them.

With the LGBTQ community historically having close ties to the legalization of medical cannabis, the company wanted to honour those who in the LGBTQ community who played a role. “The road to legalization was paved by activists like Harvey Milk, Dennis Peron, Gilbert Baker and many more who fought for the right to wellness for the HIV/AIDS community in the 1990s. With their perseverance, the future of cannabis was changed with the passing of Proposition 215, and we are proud to celebrate these heroes and their stories throughout the month of June,” added Denton.

A leading cannabis consumer technology company, PAX Labs also opted to support the Pride movement this past year through a monetary donation of $50,000 to the GLBT Historical Society. The funds will directly benefit the society’s plan to build the first full-scale LGBTQ history museum in San Fransisco. A portion of the donation will also help to fund a specific exhibit in the museum, highlighting the work of activist, Dennis Peron, to honour his years helping both the LGBTQ community and the fight for the legalization of medical marijuana. In addition, the company launched many activations at Pride month events in California, including special edition products, Pride merchandise, participation in local marches, and other partnerships.

“We have immense respect for the LGBTQ community and take pride in the opportunity to honour the movement this month. [The late medical marijuana and AIDS activist] Dennis Peron and others contributed so much to inclusiveness, diversity, and advocacy for cannabis accessibility,” said PAX Labs CEO, Bharat Vasan to Benzinga.

“We believe in the power of community, shared experiences, education, and transparency to promote change. PAX is deeply committed to cannabis as a force for good, and we are dedicated to supporting those who drive change for the better as a company and in our communities,” added Vasan. 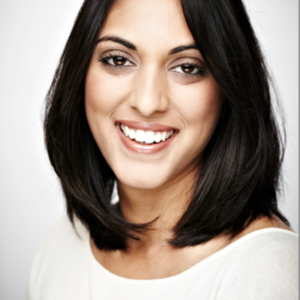