With a Shocking 20 Canadians Dying Every Day From Drug Overdoses as a Result of the Country’s Toxic Drug Supply, the Canadian Province of British Columbia Has Taken a Revolutionary Step to Combat the Crisis By Decriminalizing Hard Drugs

Adults in B.C. Will Be Permitted to Possess a Total of 2.5 grams of Cocaine, MDMA, Opioids and Methamphetamine

In a first-of-its-kind three-year trial, Canada announced its new and innovative approach to try and tackle the critical drug overdose crisis currently engulfing the nation. With over two thousand people dying of drug overdoses in British Columbia (B.C.) last year, the province is spearheading the new plan, which will soon see the possession of recreational drugs such as cocaine, MDMA, opioids and methamphetamine decriminalized.

B.C. was granted a Criminal Code exemption by the federal government, decriminalizing the personal possession of hard drugs throughout the province.

Specifically, adults in B.C. will be allowed to possess a combined total of 2.5 grams of Cocaine, MDMA, Opioids and Methamphetamine. The three-year decriminalization trial will commence on January 31, 2023, and run through January 2026.

In May 2022, an expert task force on substance use commissioned by the Canadian federal government recommended unanimously that the same personal drug possession plan being implemented in B.C. also be applied to the entire country.

In its official report, the substance use task force wrote:

“Criminalization of simple possession causes harms to Canadians and needs to end.”

The city of Toronto, Ontario, has made a similar request to the federal government to decriminalize illicit drugs and is currently waiting for a response.

In addition, it was reported that an additional 55 municipalities throughout Canada had expressed interest in implementing similar decriminalization methods. 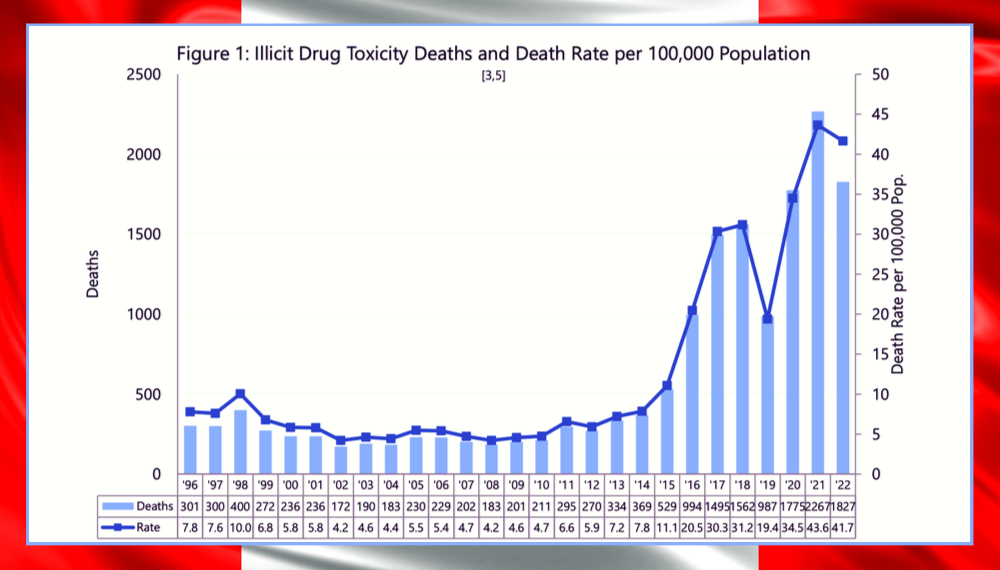 Decriminalization a Good First Step, But Not Enough to Combat Toxic Drug Supply

According to the latest report by the British Columbia Coroners Service, toxic drugs have caused over 10,000 deaths in B.C. since the province declared a health emergency in 2016. 1,000 or 10% of those deaths occurred in the first half of 2022 as the crisis continues to escalate.

With the statistics only available until the end of the first half of last year, 2021 is currently the deadliest year on record, with B.C. seeing 2,224 deaths from toxic drug overdoes.

“These were men, women and youth from all walks of life. They lived in our neighbourhoods, worked in our workplaces and played on our sports teams. Some lived ordinary lives, while others faced enormous challenges. All of them fell prey to the lethal supply of illicit drugs that is omnipresent.”

Per the Coroners Report, the B.C. drug supply remains highly toxic, with the deadly drug Fentanyl being found in higher and higher concentrations. 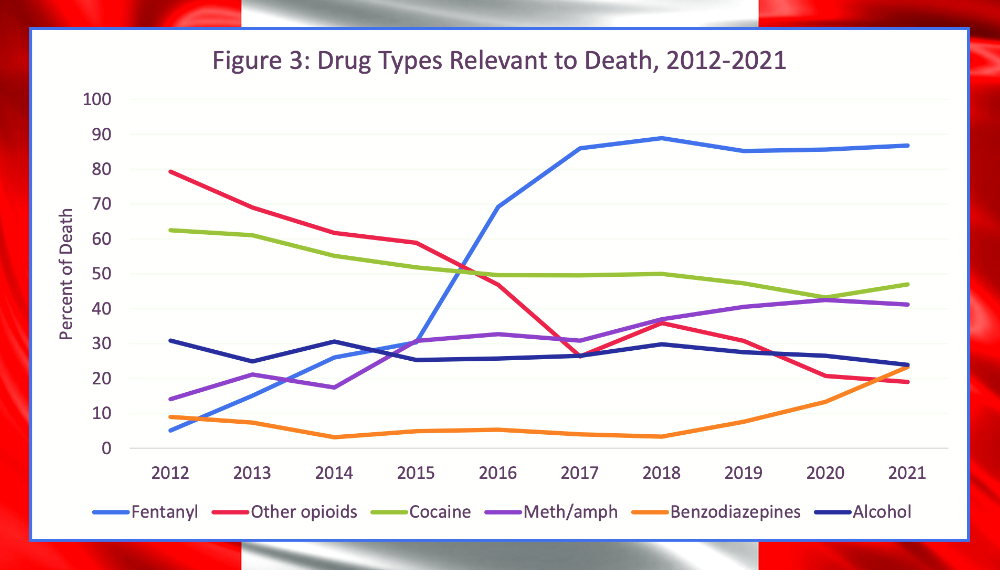 The report went on to note:

“Preliminary data suggests that the proportion of illicit drug toxicity deaths for which illicit fentanyl was detected (alone or in combination with other drugs) was approximately 82% in 2022 and 86% in 2021.”

Since the health emergency was declared in 2016, Lapointe and many health experts and academics have repeatedly advocated for a safe drug supply.

At a news conference in August 2022, Lapointe commented

“We are recognizing drug use as a symptom and realizing that punishment and stigmatizing only causes further harm. Encouraging compassionate treatment and support is the only way to move British Columbians out of harm’s way and out of this public health crisis.”

The B.C. Coroners Report also noted that a total of zero deaths have been reported at drug overdose prevention sites or supervised consumption locations.

The Coroners Report went on to state:

“There is no indication that prescribed safe supply is contributing to illicit drug deaths.”

As with every emerging new industry comes opportunities for investors to generate substantial profits. As we saw during the Cannabis Boom and the Shroom Boom, many investors that got in early earned life-changing returns on their investments.

With the seeds currently being planted for a new and potentially highly lucrative safe drug supply industry, the team at TCI is already hard at work conducting research into this new emerging space. As always, it is our mission to uncover the sector’s major players before Wall Street takes notice and deliver our research on a silver platter to our loyal TCI Subscribers.

With that said, stay tuned for more information and secure your spot to receive our very first Cocaine Stocks Report by Subscribing to the TCI Email Newsletter Via the Sign Up Box Below or By Clicking Here.