“When it’s Cheap You Buy More”

Does Linton’s New Investment Signal a Bottom in Cannabis Stocks?

The former CEO of Canopy Growth (TSX: WEED) (NYSE: CGC) Bruce Linton announced in an interview this morning with CNBC’s Squawk Box that he recently purchased additional shares in the company he founded. The move may come as a surprise to some considering Linton was recently fired as CEO of Canopy and removed from the company’s board of directors. Linton did not get into details or provide any numbers on his investment.

This morning’s news shows there is clearly no ill will between him and the company he founded. Even if there was, it probably wouldn’t hold Linton back from taking advantage Canopy’s current share price. Business is business and there is no room for emotions in this burgeoning sector.

Linton’s newly purchased Canopy stock should also be looked at closely as a potential indication that we are nearing a bottom in cannabis equities. Very few know this space inside and out like Linton. If he is putting his money into Canopy now, he clearly isn’t doing so on a whim. He sees value at current levels and likely anticipates and reversal in the markets this fall.

Shares of Canopy Growth have been on a steady decline since Linton was terminated by the company in early July of this year. Linton must have seen the writing on the wall as just days before his removal it was reported that he cashed out of nearly 1/3 of his WEED holdings.

There was probably some sense amongst Canopy’s board room that the company’s largest shareholder, Constellation Brands (NYSE: STZ) had plans to make a leadership change. Constellation’s newly appointed CEO Bill Newlands had been feeling the pressure from shareholders after Canopy’s dismal Q4 earnings spilled over into the company’s own earnings. Newlands seized this opportunity to make his mark and assume control of Canada’s largest licensed producer.

The original deal between the two companies was done while Rob Sands was the CEO of Constellation. After Linton’s exit, Mark Zekulin assumed the role as sole CEO of Canopy. Previously, Zekulin had been co-CEO of the company alongside Linton. 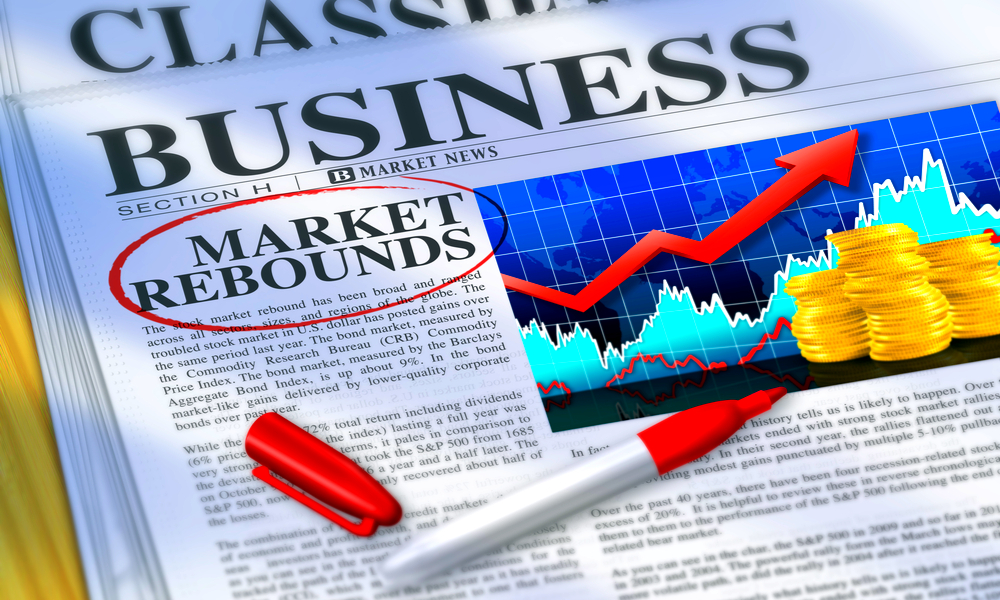 Linton stated from day one that investors should be prepared for sizable losses on earnings reports due to Canopy’s aggressive expansion strategy. In order for Canopy to gobble up market share, they needed to spend money on new facilities, markets and acquisitions. The decrease in Canopy’s share price accelerated recently in reaction to the company’s Q1 earnings. Canopy reported a net loss of approximately $1.3 billion on net revenue of $90.5 million for the quarter.

Linton’s recent purchase of Canopy stock could very likely mean the worse is over for Canopy’s earnings. There is certainly a reason why he chose to enter the stock now and the market should take notice.

“We have an awesome team there, and when it’s cheap you buy more,” added Linton.

Since Linton’s departure from Canopy, there has been no shortage of job and board position offers coming across his desk. Linton has narrowed down his list of opportunities to three or four companies and plans to announce his next move this September.

“My advice I’ve been giving to a lot of people is you should get terminated as soon as you can because you become immediately very popular, at least if you’ve built a company whose market cap got to $20 billion in six years,” concluded Linton.

Shares of Canopy Growth rebounded today as news of Linton’s buy spread throughout the markets. WEED stock closed trading today at $36.07, up 1.15% on the day. WEED’s RSI closed today’s trading session in oversold territory at 27.51. Smart money may be taking this as a signal to establish new positions or average down in anticipation of a potential market reversal in September. 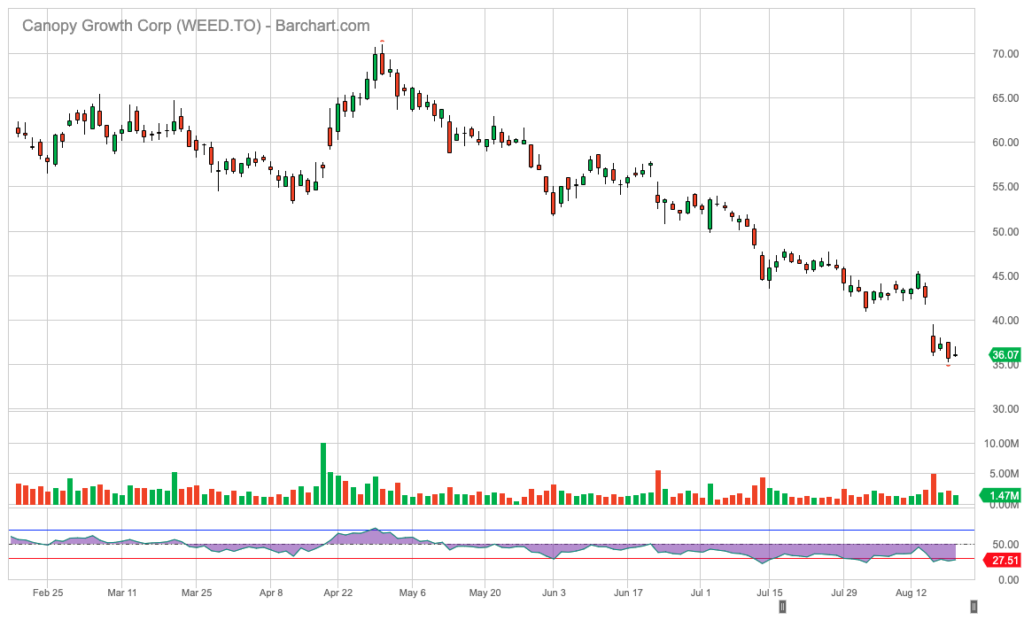