This past Thursday at 4:20 pm EST, 2020 Presidential Candidate Senator Bernie Sanders released a comprehensive plan to legalize cannabis nationwide in the United States. If elected, Sanders plans deschedule cannabis as a controlled substance in the first 100 days in office on route to lifting the outdated federal marijuana ban. Cannabis currently sits as a schedule 1 drug alongside dangerous drugs such as Heroin, LSD, MDMA and Bath Salts.

According to the U.S. Controlled Substances Act, Schedule 2 substances such as Cocaine, Fentanyl and Oxycodone are considered safer than cannabis and believed to have some medical value. This view is clearly ass-backwards and it’s time for a long-overdue change.

Schedule 1 drugs are said to have a high potential for abuse and no medical value. Cannabis has tremendous medical value which has been proven by countless research efforts. The U.S. federal governments’ own Food and Drug Administration (FDA) has admitted this through its approval of GW Pharma’s (NASDAQ: GWPH) Epidiolex last year. The approval of the cannabis-derived CBD based Epidiolex is a direct contradiction to the definition of the schedule 1 status. U.S. cannabis laws are wildly outdated and Sanders’ new legalization plan will likely be welcomed with open arms by the majority of U.S. voters.

The trend in the United States has been moving steadily towards nationwide legalization. Currently, 33 states and Washington, DC have now legalized cannabis for medical reasons. There are also now 11 states and Washington, DC that have legalized adult-use marijuana. The majority of the remaining states have either decriminalized the plant or allow for the sale of CBD cannabis with low levels of THC.

Too many lives were ruined due to the disastrous criminalization of marijuana. Today I am releasing my plan to:

✅ Legalize marijuana with executive action
✅ Expunge past marijuana convictions
✅ Invest in communities most affected by the War on Drugs https://t.co/0xQSHn6F3U

A Man With a Plan?

Under the Senator’s plan, there will be measures taken to guarantee revenue from the cannabis industry is distributed back into the communities negatively impacted by the failed War on Drugs. Sanders’ plan would also allow for the creation of a $20 billion grant program through the Minority Business Development Agency. The grant program would provide access to capital for minority entrepreneurs to fund their business startups in addition to a $10 billion grant program to assist businesses in areas disproportionately affected by the War on Drugs.

Sanders’ also plans to implement a review of all past federal and state-level cannabis convictions. The Senator would seek to have past marijuana convictions expunged and place current cannabis-related prison sentences under review.

“The unique points of the Sanders proposal are twofold. The first is a provision in his proposal suggesting that revenue from marijuana sales establish a $10 billion USDA grant program to help those in areas impacted by the War on Drugs start urban or rural farms or marijuana growing operations, which really leverages the power of the USDA to promote rural farmers and small farmers and diversity in the marketplace,” said NORML political director Justin Strekal.

Strekal believes an important feature in Sanders’ plan is the “anti-monopoly component” designed to prevent the burgeoning cannabis industry from becoming the next “Big Tobacco.”

Strekal says “we’re seeing accelerated consolidation of the marketplace” due to the high costs associated with licensing fees which can range in the hundreds of thousands of dollars in addition to the increasing regulatory hurdles. According to Strekal, the same group of large companies seem to be the ones obtaining the most licenses in each state. Sanders is aiming to make sure “this new legal economy would be robust and provide pathways for wealth generation and ownership for tens and thousands of people, as opposed to just a handful,” added Strekal.

The plan by Sanders expressly targets Big Tobacco which is currently circling the cannabis sector seeking to take part in the green rush. 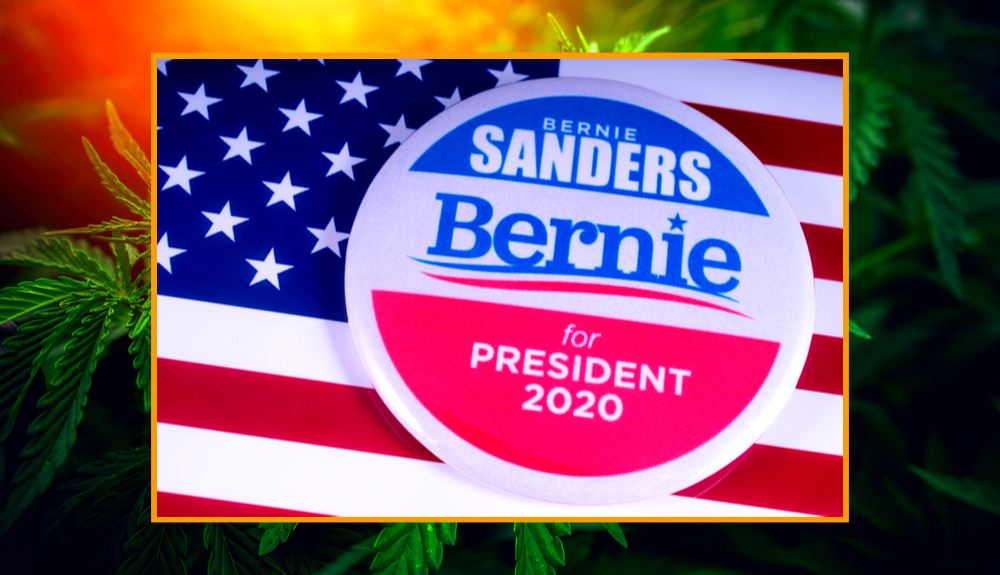 The proposal by Sanders would look to restructure marijuana businesses to be less like corporations and more like nonprofit organizations. The 2020 Presidential hopeful would also attempt to ban tobacco companies from entering the marijuana industry. According to Strekal, Sanders’ goal is “to protect main street American businesses as opposed to Wall Street” by blocking big tobacco from gaining a larger foothold in the cannabis sector.

Everyone will likely get behind the idea of helping minorities enter the space or those disproportionately affected by the War on Drugs. The majority of the Senator’s plan will likely be seen in a positive light by North American cannabis investors except for the portion that involves restructuring cannabis companies as nonprofits. This part will likely experience significant pushback from anyone with an equity stake in the marijuana industry.

In economic terms, a Nonprofit Organization is an organization that uses its surplus of the revenues to further achieve its ultimate objective, rather than distributing its income to the organization’s shareholders, leaders, or members.

At the end of the day, the cannabis industry is not in the charity business and you’ll struggle to find any corporations or investors willing forgo its profits to further achieve Bernie Sanders’ “ultimate objective.”

If Bernie’s proposal has one major defect, this is it.

If Elected President, Bernie Will Legalize Marijuana in the First 100 Days with Executive Action By: