With flavours such as ‘Half Baked’, ‘Cherry Garcia’, and ‘Dave Matthews Band Magic Brownies’, it’s clear that Vermont-based ice cream manufacturer Ben & Jerry’s doesn’t shy away from cannabis-inspired treats. So it came as a little surprise yesterday when the iconic brand announced its plans to produce a CBD-infused ice cream (using sustainable, locally-sourced CBD, no less!).

“You probably already know that we’re fans of all things groovy,” said the company in a press release. “So it’s no surprise that we can’t wait to get into the latest food trend: cannabidiol, or CBD.”

As with everything from Ben & Jerry’s, this initiative is all about giving the customers what they want.

“We’re doing this for our fans,” says Matthew McCarthy, CEO of Ben & Jerry’s. “We aspire to love our fans more than they love us and we want to give them what they’re looking for in a fun, Ben & Jerry’s way.”

CBD is Having a Moment — But Still Prohibited by FDA

As the non-intoxicating counterpart to the psychoactive THC, CBD is having something of a cultural moment in 2019. After initially showing medicinal value in treating conditions such as autism and epilepsy — in addition to pain management and injury recovery for athletes — CBD is now being viewed as a superfood, showing up in a range of recipes and consumer products. In fact, early estimates say the CBD product market could grow to $22M by 2022.

However, despite the growing popularity, the U.S. Food and Drug Administration (FDA) still prohibits the addition of CBD to commercial food and beverage products. And to the dismay of many hoping to capitalize on the trend, federal approvals don’t appear imminent.

“While we have seen an explosion of interest in products containing CBD, there is still much that we don’t know,” says FDA Commissioner Ned Sharpless, at the FDA’s first hearing on CBD. “What if someone applies a topical CBD lotion, consumes a CBD beverage or candy and consumes some CBD oil? How much is too much? There are real risks associated with [THC and CBD] and critical questions remain about the safety of their widespread use in foods and dietary supplements.” 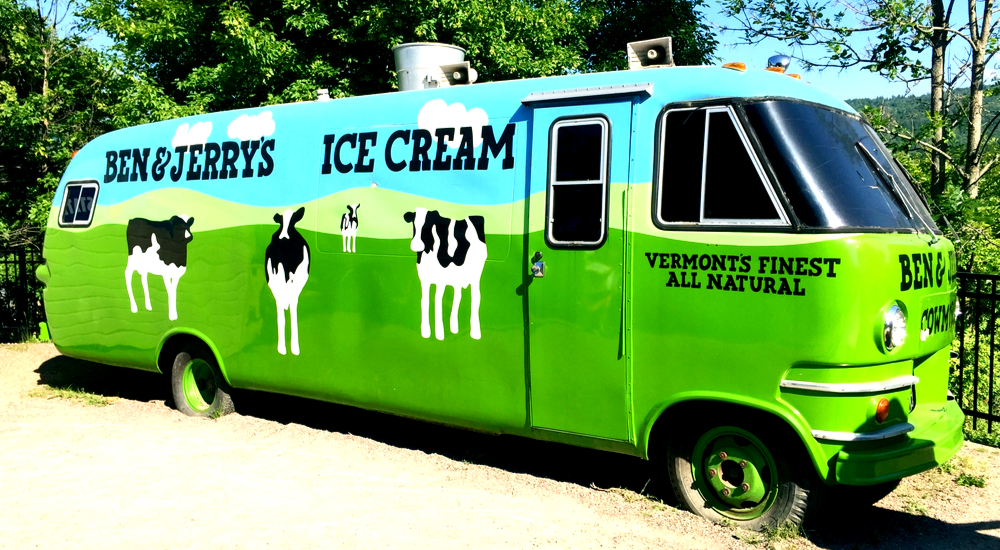 Ben & Jerry’s Insist on Playing by The Rules

They may be chomping at the bit for CBD, but Ben & Jerry’s are determined to play by the FDA rules.

“We are committed to bringing CBD-infused ice cream to your freezer, as soon as it’s legalized at the federal level,” says the company. “Just chasing a trend isn’t quite enough for us. The FDA set a public hearing on the legalization of CBD-infused foods and beverages for May 31st, and we’ve submitted comment to them in support of legalization.”

The progressive ice cream brand — which is owned by Unilever (NYSE: UN) — encouraged customers to speak their minds by including a link in their press release to the FDA’s public comment board on the CBD law. This political play follows their ongoing support for cannabis justice reform.

Just a Half Baked Idea?

As of now, Ben & Jerry’s CBD-infused ice cream is just a green dream. How long will it take before it’s legally produced? Is their announcement merely a ploy to capitalize on the CBD craze and sell more frozen milk fat and sugar? It’s anybody’s guess.

However, the company’s ability to leverage the CBD news cycle as a way to participate in cannabis reform is laudable — both from a brand and justice perspective. And if a recent survey conducted by global consulting brand, A.T. Kearney, is to be believed, consumers in both U.S. and Canada are more likely to try legalized cannabis through food (41%) than by smoking it (39%).

So Ben & Jerry’s CBD ice cream might be more than just a half baked idea after all.