Despite the ongoing classification of cannabis as an illegal substance at the federal level, a growing number of financial service providers in the U.S. are offering financial support to state-regulated cannabis businesses. According to a federal report, 553 banks and 162 credit unions provided documented financial services to legal cannabis businesses in Q2 of 2019. That’s up from the 493 banks and 140 credit unions reported in Q1 of 2019 — a jump of 10.8% and 13.4%, respectively.

Servicing cannabis clients in the U.S. is still a risky move for banks and credit unions, but the growing number of providers opting to do so reflects a changing attitude within the sector — especially in light of the SAFE Banking Act’s recent support from the U.S. House of Representatives. If the bill succeeds in passing its next major hurdle — the admittedly more challenging U.S. Senate — it will provide protection from federal regulators for those banks and credit unions who chose to service the cannabis industry.

It’s possible that the SAFE Banking Act’s momentum — along with the hopes it will eventually be passed into law — has given the cannabis industry enough credibility in the eyes of banks and credit unions for it to be serviced at the growing rate we’re seeing.

Don’t Forget About Hemp and CBD

Congressman Ed Perlmutter, the sponsor of the SAFE Banking Act, has underscored the need to eliminate the dangerous ‘cash-only’ element of the cannabis industry, as well as the importance of adding a layer of transparency and accountability in the burgeoning market. However, Perlmutter is also mindful of the fact that hemp and CBD businesses require equal access to financial services. Despite these marijuana derivatives being made legal through the 2018 Farm Bill, confusion has persisted that’s led to many banks and credit unions continuing to deny financial services to legitimate hemp and CBD companies.

“While the SAFE Banking Act focuses on harmonizing federal and state banking laws regarding serving legitimate cannabis businesses and their service providers, there are still several issues where the federal government could provide more clarity,” said Perlmutter. “The Department of Treasury and its regulatory agencies should issue guidance on behalf of all federally licensed businesses engaging in, or considering engaging in, the legal cannabis trade, or hemp and CBD  trade, with respect to their engagement in a legal business.”

Senate Majority Leader Mitch McConnell, one of the main proponents of the Farm Bill which benefited farmers in his home state of Kentucky is reportedly on the road right now to meet with cannabis industry executives and small business owners in California to discuss cannabis banking reform along with other industry-related matters. McConnell will attend meetings in Newport Beach over the next two days and plans to tour at least one cannabis facility while in the area.

“I think this is absolutely positive that McConnell is meeting with stakeholders in the cannabis market. The U.S. market needs the banking act to flourish, without it — there are legitimate companies that are following the rules that are facing major obstacles. Banking legislation would be a huge positive catalyst,” stated PI Financial analyst Jason Zandberg.

There is also a rumour circulating that McConnell is planning to push the SAFE Act through the Senate and straight to President Trump’s desk. If true, this is indeed great news for the cannabis industry in the United States. 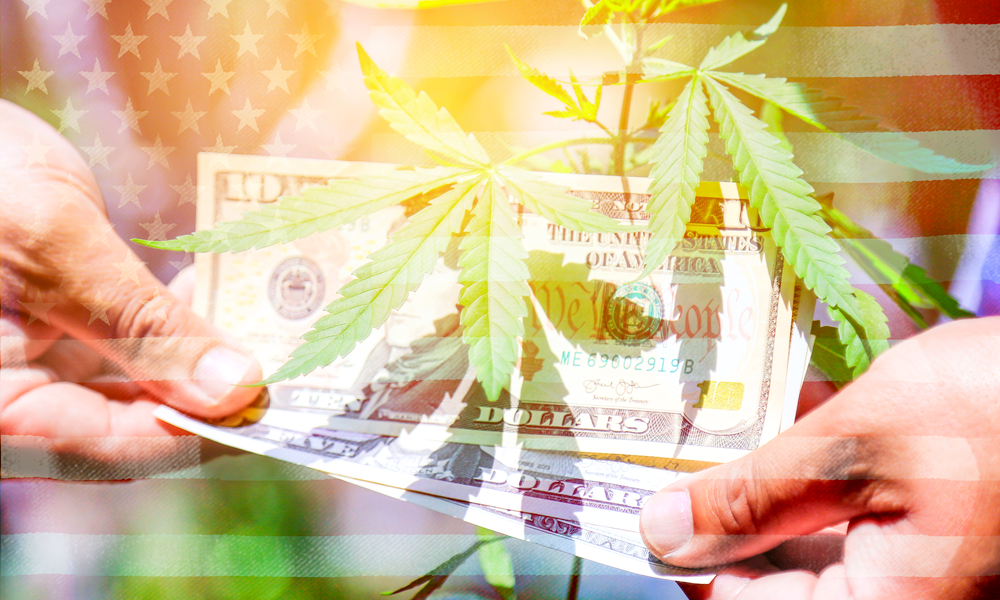 According to an August 2019 update on cannabis banking released by the U.S. Treasury’s Financial Crimes Enforcement Network (FinCEN), there is still a high number of ‘suspicious activity reports’, or SARS, that banks and credit unions reported for cannabis businesses.

“As of 30 June 2019, FinCEN has received a total of 87,249 SARs using the key phrases associated with [marijuana related businesses],” explained FinCEN.

The report also explained the three main types of SARS that were reported in the cannabis industry. Perhaps surprisingly, the vast majority of the SARS (68,378) were reported as “marijuana limited,” meaning that most of the suspicious activities that were reported on pertained to state-approved cannabis businesses.

The second-highest number of SARS (22,000) were described as “marijuana termination,” meaning these cannabis companies had violated at least one federal enforcement priority or at least one state regulation, resulting in the bank or credit union terminating their relationship.

Lastly, about 6,900 of the SARS were described as “marijuana priority,” meaning that the cannabis business reported on had raised at least one red flag or may have violated at least one state regulation, hence putting them in question (or under investigation).

As Perlmutter pointed out, the cannabis industry is still a dangerous sector ripe for crimes and in need of greater financial transparency. With any luck, updates like this from FinCEN will help move the needle on federal cannabis reforms in the near future.