As the Pandemic Rages On, This New Psychedelic Stock is Taking a Unique Approach to Treat Mental Health - The Cannabis Investor

As the Pandemic Rages On, This New Psychedelic Stock is Taking a Unique Approach to Treat Mental Health

The 2020 U.S. elections were another huge win for drug reform advocates. Cannabis was legalized in several new states, Oregon decriminalized possession of various controlled substances and both Oregon and Washington D.C. legalized the medicinal use of Psilocybin, aka Magic Mushrooms.

These are now the first regions in the United States to allow doctors to prescribe the psychedelic fungi to patients suffering from ailments like PTSD, depression and addiction. Advancements in the psychedelic medicine arena are creating opportunities for companies to develop drugs and market them to large swaths of the population.

Unfortunately, the COVID-19 pandemic has exasperated mental health issues for so many. 53% of Americans reported the pandemic had harmed their mental health. Reports of depression and suicidal thoughts are estimated to have tripled from pre-pandemic levels. With no end to the virus in sight, the need for effective medications for mental disorders is at an all-time high.

While several companies are looking to establish a foothold in this new industry, only those that develop a strong drug development platform will be able to pass the rigours needed to gain regulatory approval. With the complicated laws surrounding psychedelics, research can be tough to perform. This makes vertical integration, where companies own both the drugs and distribution centers (medical clinics). Owning its own clinics gives companies the ability to conduct preliminary research before entering more comprehensive drug trials.

Field Trip Health (CSE: FTRP) (OTC: FTRPF) is one such company that believes it has the right business plan, intellectual property (IP) and clinical infrastructure to develop blockbuster psychedelic medicines. Perhaps most importantly, the company is led by a stacked lineup of successful business leaders and scientists.

From ketamine to MDMA, recent studies have shown that psychedelic medicine is a powerful tool to combat mental illness. Not only are these drugs being used to treat medication-resistant disorders, but they are also actually providing life-long cures, sometimes with as little as one dose. However, the hallucination effects that make psychedelics popular among recreational users can last for up to twelve hours, a decided negative for those seeking treatment.

Field Trip management believes they have a way to offer medicinal benefits while drastically reducing the time patients are “tripping.” After studying the chemical structure of a wide range of psychedelics and how they interact with the human body, researchers at the company developed a synthetic psychedelic drug, which the firm calls FT-104.

The company believes that FT-104 should send patients on a “trip” of only 2-3 hours, less than half the time of MDMA, LSD and Psilocybin. This means that patients could be treated as outpatients, coming into the clinic periodically for a few hours and then going about their lives, significantly improving the quality of life. FT-104 has shown promise, but it is still in the pre-trial stage, with rigorous (and expensive) clinical trials still needing to be passed.

While FT-104 (or a similar drug) might prove to be the company’s future, Field Trip is laying a foundation for success by building out a network of clinics dedicated to psychedelic treatments. The company plans to have six clinics in operation by the end of 2020, with plans to scale up to 75 by 2024. Management will use the clinics to study patients and their diseases and experiment with approved medications.

Currently, the clinics focus on Ketamine, which has much broader regulatory approval than most other psychedelics. As other drugs, including those developed in-house, gain approval, Field Trip will use the clinics to both drive revenue and conduct further research.

To accomplish these ambitious goals, Field Trip has assembled a world-class executive team filled with pharmaceutical entrepreneurs, scientists and veterans of the Canadian medical cannabis industry. 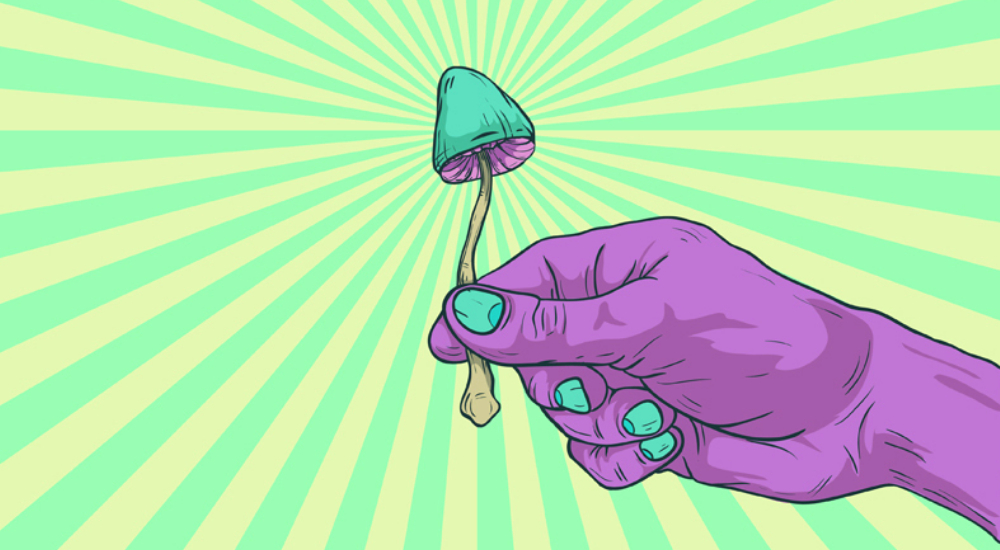 Found & CEO | Joseph del Moral: A veteran of both the Canadian pharmaceutical and cannabis industries, Joseph most prominently served on the board of Aurora Cannabis (TSX: ACB) (NYSE: ACB) (FRA: 21P). He also co-founded Canadian Cannabis Clinics and CanvasRx, which focused on providing medical cannabis to registered patients. His world-class entrepreneurship and in-depth knowledge of working under tight regulatory control will serve the company well while they embark on their aggressive expansion plans.

Founder & Executive Chairman | Ronan Levy: Ronan has been one of CEO Joseph del Moral’s closest business partners for some time. In addition to co-founding Canadian Cannabis Clinics and CanvasRx, the two worked together at Aurora, where Mr. Levy served as Senior Vice President of Business and Corporate Affairs.

Chief Science Officer | Dr. Nathan Bryson, Ph.D: Dr. Bryson is in charge of Field Trip’s drug development program. He earned his Ph.D. from MIT and conducted post-graduate research at the prestigious University Louis Pasteur in France. He’s since spent over 25 years in the pharmaceutical industry, including as Chief Science Officer at Cynapsus Therapeutics and Acerus Pharmaceuticals.

Chief Clinical Officer | Dr. Ryan Yermus, MD: Dr. Yermus is in charge of the company’s medical clinics. After earning his MD from the University of Ottawa, Dr. Yermus served as a resident doctor at the University of Toronto. When Canada legalized medical cannabis, he founded its first clinic dedicated to using cannabis as a medicine. Dr. Yermus is considered an addiction specialist, making him an ideal fit for Field Trip’s clinics, where addiction will be a central focus.

In addition to the above, Field Trip has a Board of Directors filled with veterans of the pharmaceutical industry. Directors include former executives from Bayer, Pfizer, Novartis and the Bill & Melinda Gates Medical Research Institute.

Regardless if the pandemic ends next month or next year, the toll on our collective mental health will last long after the virus recedes. Millions of people around the world are experiencing depression, addiction and other disorders for the first time. Psychedelic medicine is proving to be a very effective treatment for mental health disorders.

Field Trip Health believes it has the capability to not only offer life-changing therapeutics to those most in need but also the ability to make shareholders life-changing money as well. However, as with all biotech stocks, success is far from assured, and the stock should be considered highly speculative until their drugs pass more rigorous testing. But as the old saying goes, no risk, no reward. Those willing to place their bets early, stand to earn substantially larger gains compared to those that wait for Field Trip to successfully reach certain milestones.

Since going public in early October on the CSE, shares of FTRP stock has risen as much as 76.74%. In early trading today, the stock is currently changing hands at $4.60 per share.

After breaking out and skyrocketing higher at the start of November, FTRP stock has pulled back and consolidated beautifully, forming a bullish pennant chart pattern. Bull pennants are continuation patterns, so look for FTRP to test the upper resistance trendline of the pennant pattern in the near future.

If the stock successfully breaks through the upper resistance trendline on a surge in volume, an explosion to the upside is highly likely followed by a continuation of the uptrend.

As things currently stand, this potential breakout appears imminent and could happen any day. Toss FTRP on your watchlist ASAP.