The typical sentiment around cannabis stocks is positive overall, so it’s hard to believe the spring month of April could be so lackluster. It’s possible that investors who believe in the Sell in May an Go Away theory decided to get an early jump on the expected selling. Although investors believe that the industry will bring in over $50 billion over the next decade it has still been a bumpy couple of months, as investors sort through their top picks. The Horizons Marijuana Life Sciences ETF has since gained 50% from the beginning of the year, however, it has cooled off in April with a 1.6% loss.

Is this signaling a potential slowdown, or is this just a temporary consolidation until the next surge higher? Of all the marijuana stocks we track, there were over 20 that ended the month of April in the green. Here are the top performers for the month of April, and some may not be the names you expected.

Coming in at the very top of the list was MediPharm Labs (TSXV: LABS) (OTCQX: MEDIF). Shares of MediPharm soared an incredible 90% in April fueled by the release of strong Q4 2018 financial results on April 3rd. LABS reported revenue of $10.2 million and adjusted EBITDA of $2.1 million for the quarter. Yesterday MediPharm released their Q1 2019 financials and they were even more impressive. LABS reported revenue of $22 million, which was a 115% increase over Q4 2018. LABS also reported gross profit of $6.9 million and Adjusted EBITDA of $4.3 million for Q1 2019. With the cannabis extraction sector continuing to be red hot investors should expect MediPharm to continue its meteoric ascent. A quick glance at a LABS chart and even Stevie Wonder can see this stock is heading higher. 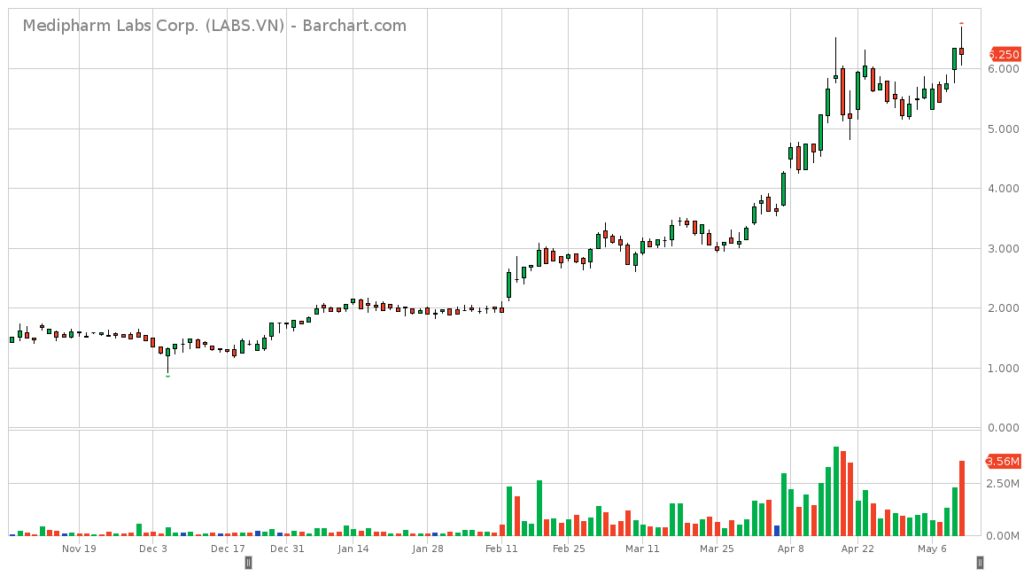 Valens GroWorks (CSE: VGW) (OTCQB: VGWCF) comes in at the number two spot on this list. The extraction company based out of British Columbia has not only had an exceptional month in the markets but an exceptional quarter. VGW’s share price was up over 67% in April, mostly because of the massive amount of extraction deals they have been able to secure over the past 5 months, making them one of the largest extraction players in the market. Extraction services that produce oils and tinctures are in strong demand and are high margin vertical of the cannabis industry. It seems many are betting big on Valens ability to execute. Some of their big contracts include Canopy Growth (TSX: WEED) (NYSE: CGC), Tilray (NASDAQ: TLRY), and HEXO Corp. (TSX: HEXO) NYSE-A: HEXO).

Another lesser-known name, Planet 13 Holdings (CSE: PLTH) (OTCQB: PLNHF) took the month of April by storm. Their stock was up over 66% for the month and Planet 13 is Las Vegas’s largest cannabis dispensary. Reports show that the company averages over 1,800 customers daily, peaking at 3,194 in March. Their flagship stores are impressively set up to drive sales and provide some of the best customer service that we’ve seen within the industry so far. Their flagship store sits on 16,000 square feet and has plans of expanding into a coffee shop, pizzeria and event stage, as they continue to engrave their name into the cannabis culture of the desert. 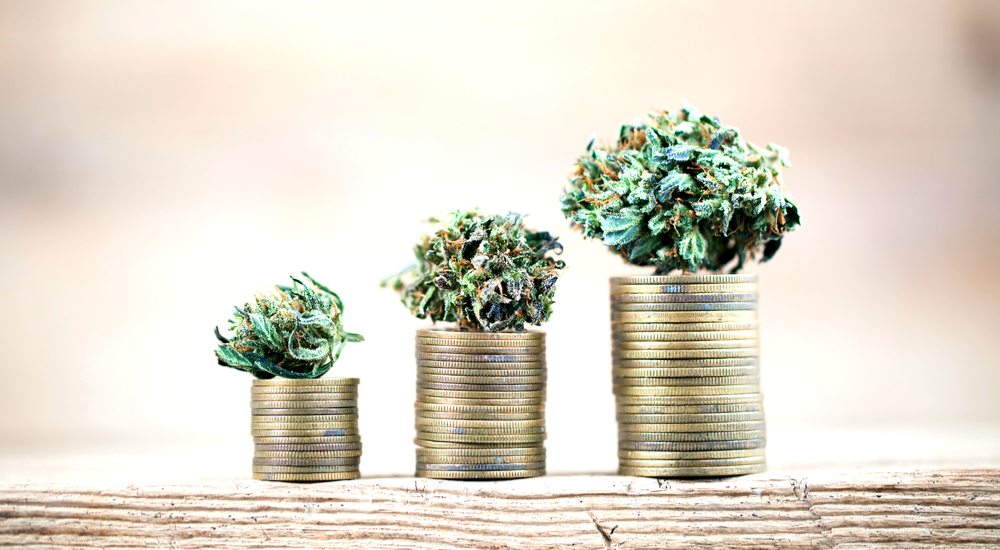 Ancillary plays such as Constellation Brands (NYSE: STZ) and Shopify (TSX: SHOP) (NYSE: SHOP) were up 21% and 19% respectively. Constellation Brands partnered with Canopy Growth via their $5 billion investment and have big plans to produce cannabis-infused beverages. Very few cannabis investors know that Shopify is aiming to make a name for itself as a point-of-sale solution for the Canadian cannabis industry. Whether it involves online, mobile, or brick-and-mortar sales, their platforms are designed to help decode the buying habits of the consumers and reduce the confusion around this brand new industry.

Other top performers in April were:

Lastly, April was a big month for deal-making, although many deals hid in the shadow of the massive proposed acquisition of Acreage Holdings (CSE: ACRG.U) (OTCQX: ACRGF) by Canopy Growth. Many investors were also pleased to see Cresco Labs (CSE: CL) (OTCQX: CRLBF) put together an all-stock deal to acquire Origin House (CSE: OH) (OTCQX: ORHOF) valued at $823 million. The Cresco Labs/Origin House deal is set to become the largest ever public company acquisition in U.S. cannabis history. Cresco Labs is a vertically integrated dispensary focused on the U.S. markets. They have over a dozen brands across the country, and over 500 California dispensaries. This move has made them arguably one of the most lucrative companies to date. Cresco’s stock rose over 18% in April.

Exciting developments continue to happen throughout the burgeoning cannabis industry, and it seems the summer may have a lot more surprises in store.

Stay connected to the story and happy investing!