Aphria (TSX: APHA) (NYSE: APHA) (FRA: 10E) announced earnings this morning for the second quarter ended November 30, 2019, with the company recording its third straight quarter of positive Adjusted EBITDA. On a quarter over quarter basis, Adjusted EBITDA increased 155%. In addition to reporting its Q2 earnings, Aphria announced that its current interim CEO and Chairman of the Board Irwin D. Simon will assume the role as the company’s permanent CEO effective immediately.

“We are very pleased with our strong growth and execution in Canada demonstrated by our increase in adult-use cannabis revenue and positive adjusted EBITDA as a result of our compelling brands and market positioning. We are continuing to expand our capabilities internationally with solid progress during the quarter in Germany and South America and look to monetize non-core assets. We are confident in our market position and our ability to generate sustainable profit growth. I am honoured to continue to work closely with our tremendous team around the world to fuel growth and value for all of our stakeholders. Going forward, we believe our brands, cultivation expertise, cash position and balance sheet will continue to differentiate us in the cannabis industry, and we remain focused on the highest return opportunities for growth.” 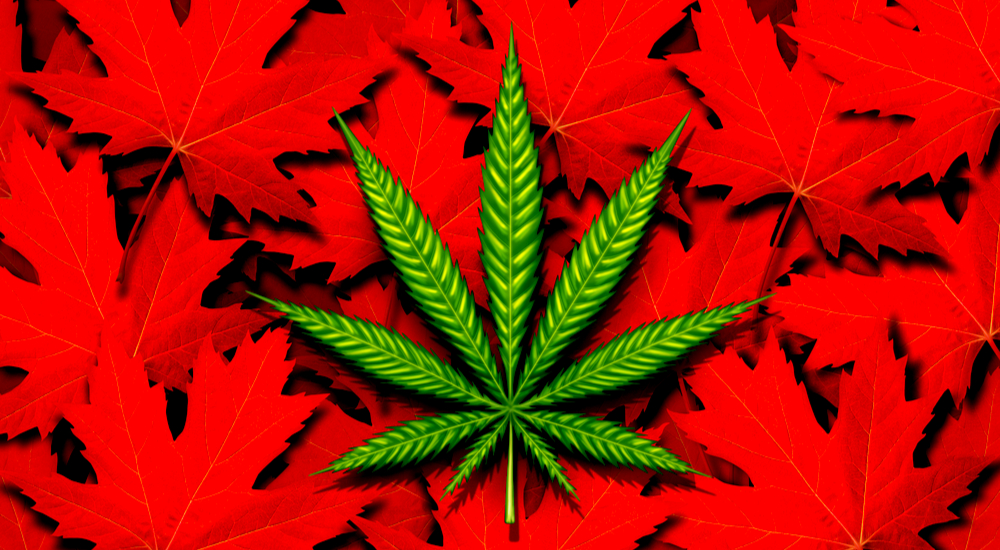 “We are updating our annual outlook with a little over four months left in our fiscal year to reflect certain market dynamics that have evolved relative to our initial expectations. We look forward to generating an acceleration in our revenue and profit growth in the second half of the fiscal year and continue to believe the Canadian and international cannabis industry outlook remains robust. Aphria is well-positioned for long-term sustainable growth as we continue to manage the controllable aspects of our business,” stated Aphria CFO Carl Merton.

Shares of Aphria’s TSX listed stock closed trading today at $6.49, down 8.59% on the day. In the United States, the company’s NYSE listed APHA stock closed today’s trading session down 8.44% at $4.99 per share. On Frankfurt Exchange, shares of Aphria’s German listed stock closed the day at $4.56, down 2.62%. Today’s slightly weaker than anticipated earnings and decreased 2020 guidance from Aphria should not have come as a big surprise to anyone familiar with the cannabis sector. All factors considered, the stock held up just fine and will likely pick back up where it left off in the coming days. Aphria is considered by many the top pick of the Canadian licensed producers (LPs) and even with today’s little dip, the company’s future still looks very bright.

On a technical level, APHA stock has been trading in nearly the same Inverse Head and Shoulders bottom pattern that Canopy Growth (TSX: WEED) (NYSE: CGC) (FRA: 11L1) just broke out of yesterday. This type of pattern, when completed successfully, signals that a stock has reversed its downtrend and begun a new uptrend. Canopy usually leads the way as the sector bellwether (leading indicator) with the rest of the quality cannabis stocks following closely behind it. Canopy’s successful breakout and trend reversal yesterday (see 2nd chart below) will likely lead to a similar breakout in shares of Aphria soon. The stock will have to work off this little earnings selloff first but in our opinion, today’s drop created an excellent buying opportunity for investors, especially the ones that missed Canopy’s breakout yesterday. Since an APHA breakout isn’t likely imminent anymore, we should have some time to do a follow-up article on APHA’s chart and potential price target later this week. If you don’t want to wait, go ahead and calculate APHA’s price target for yourself using the simple formula in our previous article. 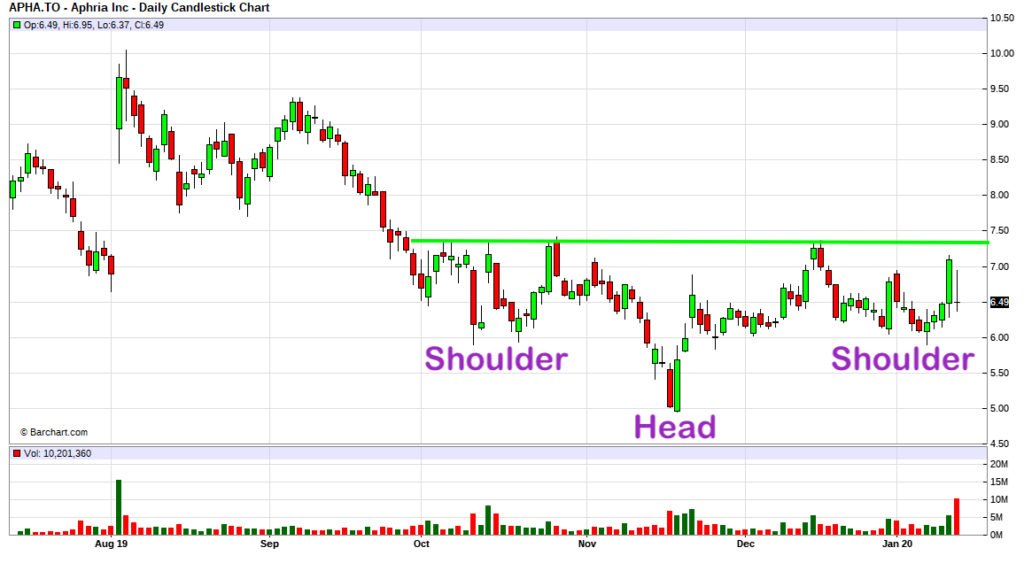 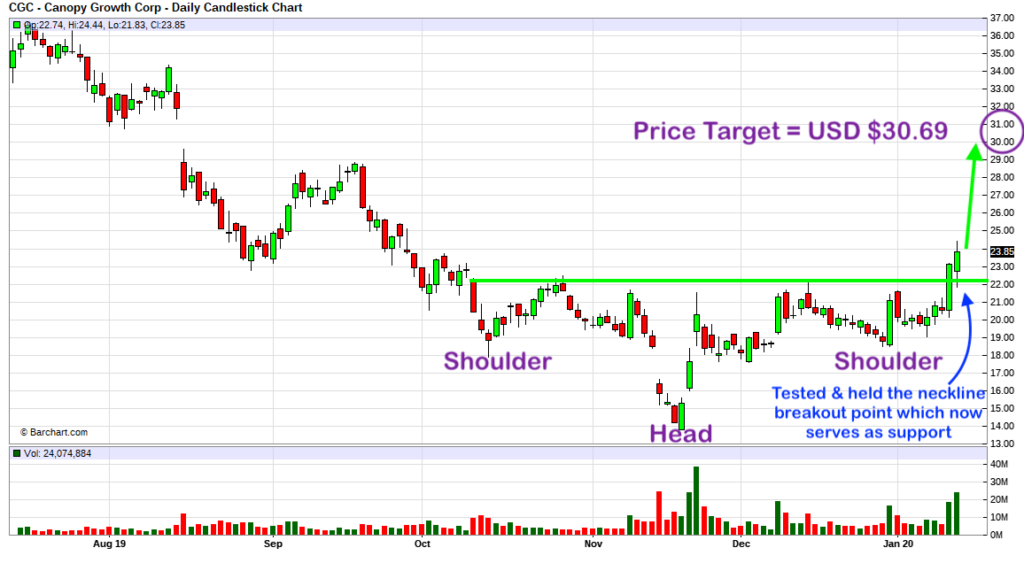 These Pot Stocks Surged 9% and 12.5% Today as Technical Traders Piled In, Let’s Calculate Their Price Targets