Analysts Are Forecasting a Cannabis Comeback in 2020, These Pot Stocks Could Lead the Charge - The Cannabis Investor

Analysts Are Forecasting a Cannabis Comeback in 2020, These Pot Stocks Could Lead the Charge

After 2019’s Market Shakeout, Analysts Say the Right U.S. and Canadian Cannabis Stocks Will Rise in 2020

2019 was an ill-fated year for many North American cannabis stocks and their shareholders. High-fliers such as Canadian licensed producers (LPs) Aurora Cannabis (TSX: ACB) (NYSE: ACB) (FRA: 21P) and Canopy Growth (TSX: WEED) (NYSE: CGC) (FRA: 11L1) were assaulted by headwinds including a botched rollout of retail cannabis operations in Ontario. Numerous American multi-state operators (MSOs) such as Cresco Labs (CSE CL) (OTCQX: CRLBF) (FRA: 6CQ) and the recently acquired Origin House were beset by the difficulty of dealing with a patchwork of laws including the U.S DOJ holding up mergers with antitrust reviews.

Missouri-based brokerage and investment bank Stifel along with its newly acquired Canadian affiliate GMP Capital is calling a loud ‘Buy’ on a range of cannabis stocks that its analysts think can stand apart and deliver major gains by taking advantage of their financial position and competitive edge in 2020. This helps Stifel and GMP separate itself from the pack of brokerage houses and U.S. banks that, as we’ve mentioned in the past, have been late in understanding the dynamics of the burgeoning cannabis industry.

First, let’s take a look at which companies Stifel thinks will do well in the U.S. marketplace—the golden prize of the North American continent and indeed the world, despite Canada’s lead on national legalization. Importantly, these shares of American MSOs are all traded in Canada since the federal status of marijuana makes trading its shares illegal on major U.S. exchanges such as the NYSE and NASDAQ.

Below are a few of the Stifel analyst’s U.S. MSO price targets: 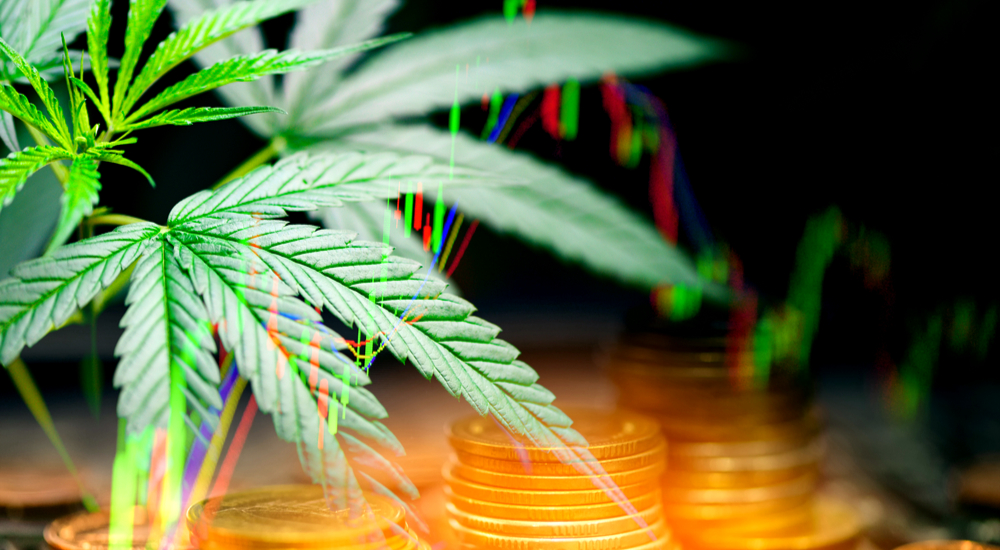 Stifel expects Green Thumb to rise from today’s closing price of $13.25 and reach a Price Target of $32 per share. The analyst also anticipates an upswing on shares of Curaleaf which closed at $9.51 today and projects that CURA will reach a Target Price of $24. Both GTII and CURA stock received BUY ratings from Stifel and as of today offer investors, an implied upside of 141.51% and 152.37%, respectively. Stifel isn’t the only analyst that’s bullish on these two MSOs. Ten analysts are calling GTII and CURA a BUY, but Stifel’s targets are the most bullish.

GTI reported stellar Q3 earnings in late November 2019, with revenue increasing by nearly 300%. The company is booking revenue in roughly a dozen U.S. states and is continuing its march to new jurisdictions with a growing vertically integrated portfolio of strong brands and cultivation properties. Stifel GMP analyst Rob Fagan said he was particularly attracted to Curaleaf’s financial position, fueling its ability to enter new markets and strengthen its position in established ones quickly through acquisition. “We view the company’s fortified balance sheet as a clear competitive advantage to fuel future value creation,” Fagan emphasized. Curaleaf shares have been on the rise since the company announced its new non-dilutive financing deal on December 20, 2019. Curaleaf closed on its upsized $300 million loan facility yesterday allowing shareholders to rest easy knowing the company won’t have to dilute anytime soon.

In Canada, Fire & Flower Holdings (TSX: FAF) (OTCPK: FFLWF) is a favourite of Stifel’s, which has it pegged to rise 116.35% from today’s closing price of $1.04 to reach his Price Target of $2.25 per share. Stifel analysts think that unlike Aurora, which was just downgraded to ‘Sell’ by Piper Sandler, Toronto-based Fire & Flower can move nimbly in Ontario, which recently announced plans to fix its poor retail cannabis system. Rob Fagan and Justin Keywood of Stifel GMP expect to see Fire & Flower’s Ontario retail store count grow from 30 to over 100 by 2021. This growth in Ontario’s retail space is expected to help the company reach profitability.