What’s more, researchers believe that mushrooms actually share about 30% of our DNA, which is an intriguing discovery because it may help us learn how they can be used to treat human conditions such as viral disease.

There’s a lot to learn. Mushrooms are truly a wonder plant of the ages, used since the dawn of man, that science is exploring now by ramping up genomic research and unveiling more detailed medical studies.

According to a study from Purdue University, there is still much to be figured out, including a map of the relationships between key mushroom species and their evolutionary history, which scientists have struggled to piece together for more than 200 years.

Recent genome sequence research on 90 types of mushrooms is beginning to uncover more about mushrooms. It is expected to “facilitate the artificial cultivation of edible mushrooms and the discovery of novel drug candidates,” according to published study results.

Along with this more extensive research into fungi and mushrooms, in general, there is a growing scientific knowledge base of the chemical actions of various psilocybe species, coming at a time when the psychedelics industry continues to grow, with some companies looking at developing different psilocybe compounds to treat different human mental (and physical) conditions.

There are 216 known species of neurotropic fungi (meaning that they tend to localize in the central nervous system) divided up in four groups, with the first group containing 116 psilocybe species, and inclusive of other species such as Gymnopilus (14 species), Panaeolus (13 species) and others.

Most grow in South America, Mexico, and the U.S. Mexico reportedly has the highest number of neurotropic species of fungi, with 76 species, of which 44 belong to psilocybe.

Each psilocybin mushroom has different combinations of psychoactive ingredients—psilocybin, psilocin and baeocystin—which creates a different experience for the consumer.

Psilocin has a high affinity for the 5-HT2A serotonin receptor in the brain and mimics the effects of serotonin.

According to the Psychedelic Times, the extremely potent psilocybe semilanceata, not to be tried by anyone new to the psychedelic experience, has psilocybin of about 1 percent psilocybin; .2 percent psilocin; and .36 percent baeocystin. Its impact includes distortions of the natural world and intense visual hallucinations, with many reporting a profound spiritual journey as well. 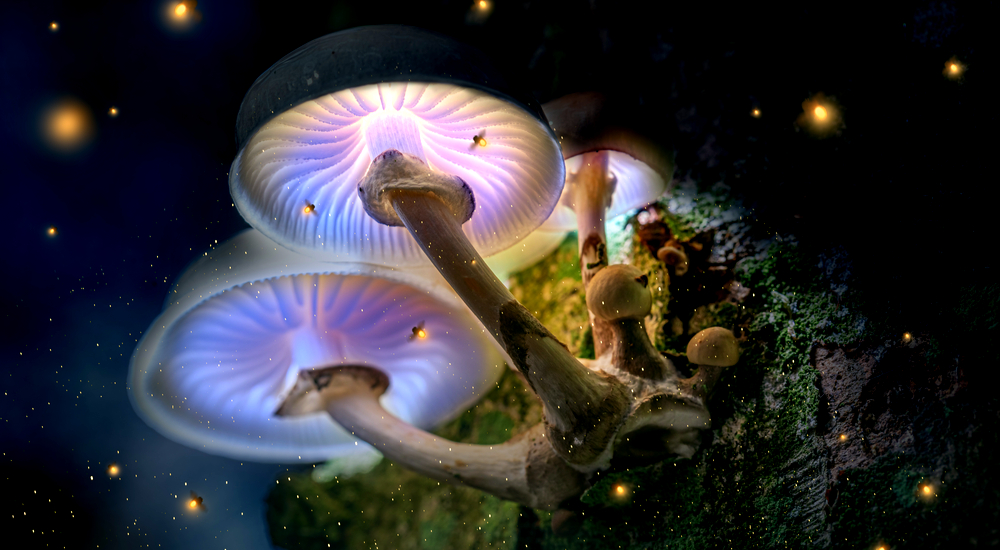 The most potent mushroom, the psilocybe azurescens, has a reported 1.78% psilocybin. Psilocybe cubensis has just 0.63% psilocybin and is generally OK for first-timers.

Once a psilocybin mushroom is eaten or consumed in tea, the effects can begin within 10 minutes, with most of it excreted in urine within 8 hours. (By comparison with lysergic acid diethylamine (LSD), the user experience after ingesting psilocybin is shorter and 200 times less potent).

Measurements of the active ingredients of psilocybin mushrooms for their effects in many ways parallels what the cannabis industry has been using for in the development and marketing of their products, such as the THC percentage of the strain, the CBD percentage, and other cannabinoid percentages—each with different consumer health and wellness effects.

The psychedelics industry has latched on to these new discoveries about psilocybin mushrooms and is beginning to pursue formulations in much the same way as the cannabis industry has worked with developing different strains of cannabis.

Revive Therapeutics (CSE: RVV) (OTCPK: RVVTF) (FRA: 31R), a specialty life sciences company focused on the research and development of therapeutics for medical needs and rare disorders, is going in that direction, some of which mirrors what is happening in the cannabis industry. They are now offering psilocybin-based formulations and delivery mechanisms using new drug delivery technology, which are composed of tannin-chitosan composites that have been studied with cannabidiol in the past.

According to a press release, their drug delivery technology aims to deliver both synthetic and natural extract of psilocybin in a potential number of ways such as topical gels, creams or ointments, oral or transdermal patches, oral dosages and foams. “The delivery technology has a rapid onset of action and controlled or sustained release potential capabilities and may allow combining multiple extracts from mushrooms in one formulation.”

But the potential development and applications of different psilocybin-based formulations has really just begun.

One example is Mydecine Innovations (CSE: MYCO) (OTCQX: MYCOF) (FRA:0NFA), a life sciences company that is building resources targeted at “unlocking the potential of fungi for human wellness,” according to the company website. Mydecine’s research and development is focused on commercializing what the company calls “fungtional” mushroom and psilocybin-based products by analyzing the collections of molecules in fungi.

“Even in the most potent psychoactive mushrooms, psilocybin is only 1-2% of the total mass. This means that as much as 99% of that mushroom is composed of other molecules. While many of those molecules may have no therapeutic value, some of them are pharmacologically active — either taken alone or in synergy with known psilocybin derivatives.”

Mydecine recently acquired both Mindleap Health, which is developing an advanced digital health platform to provide support for people that are looking to achieve personal transformations and overcome mental health challenges and NeuroPharm, a Canadian-based developer of natural psychedelic-based treatments for mental health disorders.

So what about the so-called body-snatching “zombie” actions by fungi?

According to Charissa de Bekker, a researcher working in the biology department of the University of Florida, fungal parasites manipulate the behavior of carpenter ants by secreting neuromodulators. The growing fungus within the ant forces it to leave the nest, climb onto vegetation, bite it, and die.

The fungus then sends a fruiting mass out through the base of the dead ant’s head, where it spews spores into the bodies of other ants to continue the process. The manipulated behavior itself and the ant’s death are highly synchronized and time-of-day specific both in nature and under laboratory conditions, according to de Bekker’s research.

Similar fungi-takeover-spore-dispensing events have been discovered in flies and cicadas—with cicadas, the hallucinogenic properties from psilocybin suppress its need for it to feed itself, and increases its endurance as it flies about dispersing fungi.