Most investors depend either on direct investment management by experts via mutual funds or solid strategic guidance from wealth advisors. Those individual market participants who are entirely self-directed are relatively few and often bring their professional finance backgrounds to the table. Whether they depend on others or their own wits to sniff out profitable stock plays, more and more investors are turning in the direction of cannabis stocks.

The question for all of them is whether they can find professional advice or stock purchase options that allow them to stay ahead of the crowd. Investors who deal with major brokerage houses get little added intelligence to justify the fees these brokers charge, or they get stale and unprofitable information that never leads to separation from a market index fund. In the worst-case scenario, investors get hitched to tanking companies by behind-the-curve brokers and miss major opportunities.

Of those six, only Cronos is rated a “buy,” with the rest of the group earning marks of just “neutral” or “underperform.” That is not a lot of actionable intelligence for Merrill Lynch customers to go on, and the lethargic upside potential the bank points to is indicative of the lack of effort and understanding U.S. banks put into their cannabis company due diligence. Out of the group that Merrill Lynch analysts cover, only HEXO has a chance to do something big due to its deal with Molson Coors (NYSE: TAP) to mass market their new ‘Flow Glow’ CBD beverage, as we pointed out recently. But even with the Molson Coors deal on deck HEXO’s share price has been under pressure due to the company’s recent dismal earnings.

A little reading on this site will tell investors that the big investment banks are late to the party since most of the stocks mentioned have already had their time to shine. The heyday for that half-dozen has passed, with their operations confined to Canada where THC products have been legal for over a year–the sagging prospects for those companies covered by Merrill Lynch are due to high competition and their failure to differentiate.

Simply put, it’s a dud portfolio. You see a list of laggards — TGOD and Supreme offer little value to their client’s portfolios and stocks like Canopy and Aurora are a couple of years away from even having a chance to be profitable. Cronos and Tilray (NASDAQ: TLRY) have always been two of the more overvalued pot stocks, yet their names still draw publicity even as Aphria (TSX: APHA) (NYSE: APHA) — viewed by many as one of the stronger Canadian plays due to their back-to-back profitable earnings reports — remains absent from the Merrill list. 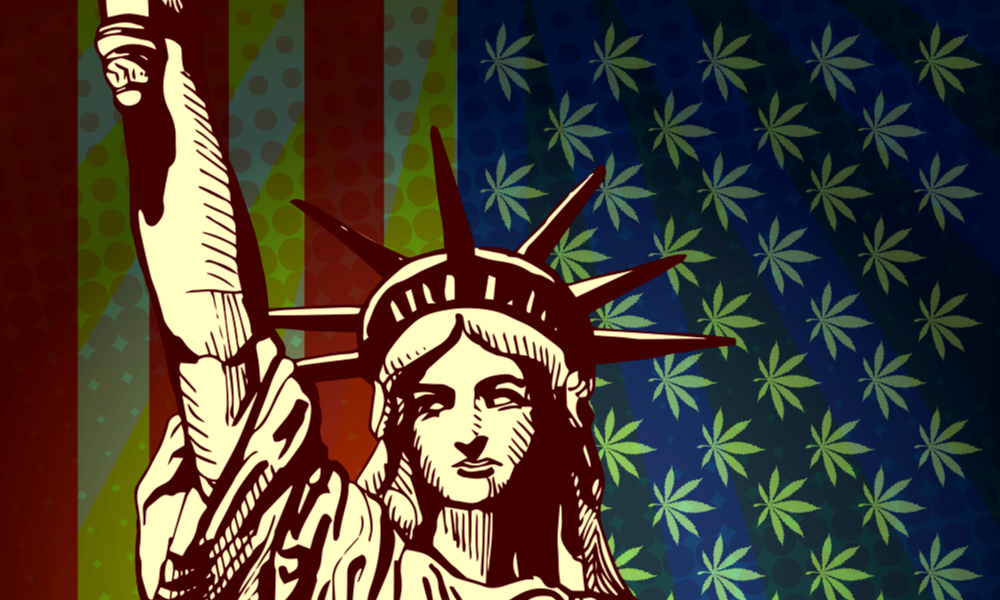 The Real Upside is in U.S. Pot Stocks

Between what the big names have on their radar and what an individual can pick up from their laptop or mobile device, most investors are stuck in a bygone age. Individuals who use discount brokerage platforms such as TD Ameritrade and the stock-trading app Robinhood can buy and sell bigger Canadian cannabis companies that trade on major U.S. exchanges, such as Tilray, Canopy Growth and Aurora Cannabis, yet multi-state operators that make their money in the U.S., the prize cannabis market in North America, trade on Canadian exchanges and over the counter and are thus out of reach to some brokerage-dependent and self-directed investors.

Smart money investors, including some family offices and wealth funds, have already shifted their focus to U.S. multi-state operators (MSO) such as Red White & Bloom (CSE: RWB – IPO Soon), Trulieve (CSE: TRUL) (OTCQX: TCNNF), Green Thumb Industries (CSE: GTII) (OTCQX: GTBIF), and Liberty Health Sciences (CSE: LHS) (OTCQX: LHSIF) which just produced stronger than expected earnings. There are also “clean” cannabis plays like California’s Innovative Industrial Properties (NYSE: IIPR), which allows investors to tap into American cannabis laterally. IIPR invests in cannabis-linked real estate and is considered a real estate investment trust (REIT). It always takes some creativity to find alpha and separate your portfolio from the broader market, and that’s especially true when it comes to cannabis with its divergent legal statuses. What is clear is that the big banks do not have a creative bone in their buildings and that there are opportunities out there for the bold and well-informed investor to get ahead of the curve.