3 Psychedelic Stocks Investors Should Have on Their Radar in 2020

3 Psychedelic Stocks Investors Should Have on Their Radar in 2020

For Those Looking to Enter the Emerging Sector, These 3 Psychedelic Stocks Should Be on Every Trader’s Watchlist

Shares of both stocks were in very high demand, but it was Champignon Brands that took home the honours as the week’s top-performing new psychedelics IPO. An even more impressive feat when you consider MindMed is being backed by big-name investors such as Kevin O’Leary and Bruce Linton, the founder and former CEO of Canadian cannabis producer Canopy Growth (TSX: WEED) (NYSE: CGC) (FRA: 11L1).

Despite the brutal market conditions each company had to deal with during their inaugural trading week, both stocks performed very well with SHRM rising as much as 128% before settling in to close its first week up over 79%. MMED climbed as high as 65% at one point but was unable to hold its gains and closed the week down 8%. Either way, it was an impressive first week of trading for both companies.

The meteoric rise of psychedelic stocks and the reform movement currently gaining momentum in North America has many of the same hallmarks as the marijuana industry did in its early days. The situation that’s unfolding has cannabis investors excited, especially the ones who missed out on the green rush. One key difference between the psychedelics industry today and the early days of the cannabis boom is the number of public companies. Currently, there are only a handful of publicly-traded companies in the psychedelics space, which could create a scenario where demand for these investments is concentrated in just a few stocks. 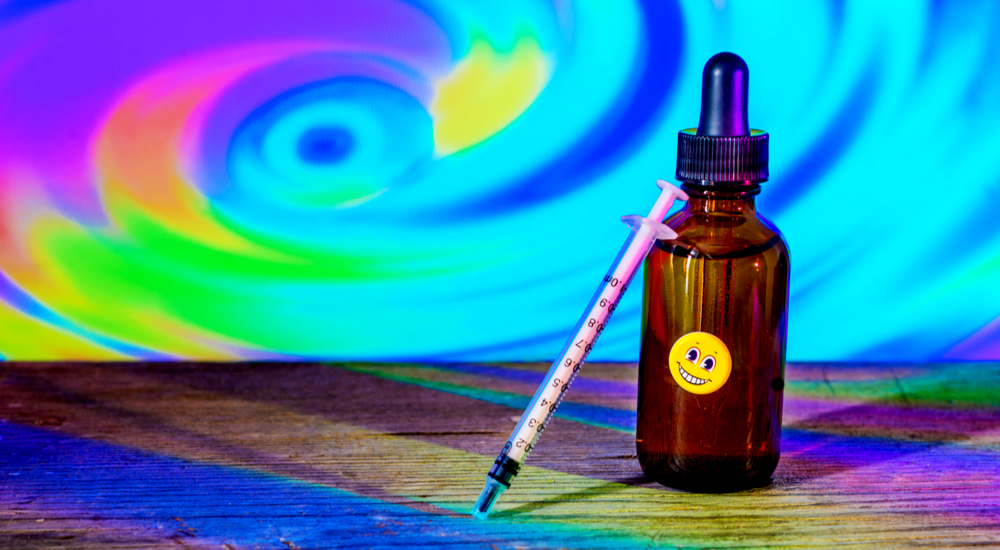 When we consider the basics of supply and demand, a situation like this could cause share prices in the sector to rise rapidly. Couple that with the continued medical research and legalization/reform progress that’s been made with psychedelic substances like Psilocybin (Magic Mushrooms), Ayahuasca, Peyote, Ketamine, DMT, LSD and MDMA, and there could be a perfect storm brewing for the shareholders of these companies.

For that reason, investors must start their due diligence now in order to establish positions in companies they like before the mush rush goes mainstream. With that said, here is our list of 3 Psychedelic Stocks that should be on every investor’s watchlist.

*Shares outstanding and market cap as of March 10, 2020. These numbers are subject to change, so please refer to each company’s IR website for the most up-to-date information.

Champignon Brands is currently focused on growing its CPG portfolio of premium organic, sustainable and non-genetically modified organism mushroom formulations. The company’s mushroom portfolio is highlighted by its flagship brand, Vitality Superteas. Champignon will focus on this segment of its business for the remainder of Q1 before turning its attention towards creating “the most compelling IP portfolio, clinical pipeline and drug development platform in the psychedelics space.”

Champignon plans to successfully biosynthesize psilocybin within its first three months of laboratory experiments. From here, the company will look to optimize and scale its production of pharmaceutical-grade psilocybin, which it can then use in clinical settings. In Q3 of this year, Champignon plans to move forward with its development of medicinal psychedelics through clinical trials. The company intends to develop non-hallucinogenic therapies using microdoses of Psilocybin, MDMA and LSD in addition to hallucinogenic therapies utilizing high doses of Psilocybin and LSD. From the looks of it, 2020 is going to be a major transformational year for Champignon Brand and its shareholders.

Shares of Champignon Brands’ CSE listed SHRM stock closed today’s trading session, even at $0.33 per share. With a market cap of just over $13 million, SHRM arguably offers investors the most value and upside compared to its peers. SHRM also has the smallest O/S of the three stocks highlighted in this article, another attractive feature for prospective investors to consider while doing their due diligence.

MindMed is a neuro-pharmaceutical company whose immediate priority is to address the opioid crisis by developing a non-hallucinogenic version of the psychedelic ibogaine. The company is currently preparing two separate phases II clinical trials; one focused on ADHD using LSD micro-dosing and the other on opioid addiction via the company’s ibogaine derived molecule 18-MC. MindMed’s 18-MC will utilize a non-hallucinogenic version of the ibogaine compound and is the company’s lead drug development program.

Last week, MindMed became the first psychedelics pharmaceutical company to go public following its IPO on the NEO Exchange. The company raised $24 million in a pre IPO financing round, which included Kevin O’Leary and Bruce Linton. Following MindMed’s IPO bell-ringing ceremony, O’Leary shared his throughs on the company and the new industry when he said: “Psychedelics have been under-researched and stigmatized by society. As an investor, I am attracted to MindMed because they are solving health problems through federally-authorized clinical trials, and have no interest in recreational use.”

Shares of MindMed’s NEO listed MMED stock closed trading today at $0.49, up 10.1% on the day. MMED has by far the largest O/S and market cap of the group at 255 million and $127 million, respectively. Rather than being a possible value play compared to its peers, MMED will now have to justify its higher valuation.

Last week, Revive announced the closing of its acquisition of Psilocin Pharma Corp, a psychedelic sciences firm focused on developing Psilocybin-based therapeutics. As per the terms of the deal, Revive paid roughly $2.75 million in stock to acquire Psilocin Pharma, which worked out to 55 million shares of Revive at $0.05 per share.

Psilocin Pharma has developed six natural and synthetic Psilocybin formulations designed to target the addiction, mental health and eating disorder markets. These formulations include a variety of formats such as capsules, sublingual spray, gel caps and breath strips. Starting in Q2 202o, the company will begin preparations to commence multiple clinical studies involving CBD and Psilocybin.

Shares of Revive Therapeutics’ CSE listed RVV stock closed today up 7.1% at $0.075 per share. RVV is also attractive from a valuation standpoint but the stock’s liquidity could be a concern.

The Psychedelics Industry is Beginning to Heat Up, Giving Cannabis Investors an Eerie Sense of Déja Vu