When Canada legalized recreational cannabis nationwide in October 2018, investors anticipated a rapid ramp-up in cannabis sales. With a robust medical system, most figured that the dispensaries needed to sell recreational weed would be plentiful. Indeed, most provinces quickly rolled out dozens of retail cannabis stores in the first year. Unfortunately, the most populated (by far) province, Ontario, was not one of them.

Due to claimed product shortages and a huge number of applications for new retail stores, the province decided to allocate dispensary licenses via a lottery system. To date, that lottery system has resulted in a total of 24 operating stores. Ontario has a population of 14.5 million people and with the current retail store count, that works out one dispensary for every 604,000 residents. By comparison, the U.S. state of Colorado has over 500 dispensaries to serve a population of 5.7 million people. That’s roughly one dispensary for every 11,000 residents.

Ontario has a long way to go before they’ll have an adequate retail store count to serve its large population. This dispensary shortage has been a catastrophe for Canadian licensed producers (LPs) who have seen their ability to get products into the hand of consumers greatly curtailed. Only when Ontario has a fully built-out network of adult-use retail cannabis stores will the lofty revenue projections of years passed be possible. 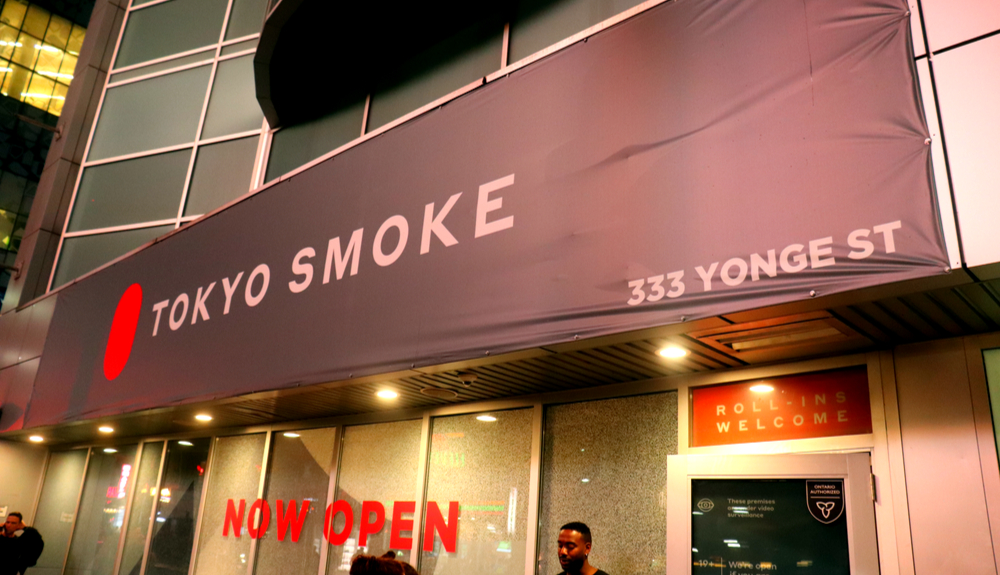 Ontario’s industry-limiting lottery system was finally scrapped recently when the Alcohol and Gaming Commission of Ontario (AGCO) announced that they would begin accepting licensing applications from any company that can pass regulations. The province wishes to provide a competitive environment, so it will limit companies to 10 licenses initially, with an increase to 30 by September 2020 and then maxing out at 75 licenses per company in September 2021.

Companies may begin submitting their applications for licenses on January 6, 2020. On March 2, 2020, those companies that successfully meet all regulations and obtain a license may apply for a store authorization to begin operating a licensed retail cannabis store. The AGCO expects to begin issuing those store authorizations beginning in April 2020 and anticipates issuing 20 store authorizations per month thereafter.

In 2018, Meta Growth entered into a strategic partnership with the Canadian coffee chain Second Cup to convert some of Second Cup’s 250+ locations into cannabis dispensaries. This partnership should allow Meta Growth to streamline its licensing applications since these locations will have a storefront and staff already in place.

Management is planning to aggressively expand in 2020 and anticipates having 90 operating retail stores by the end of the year. Central to this goal is the company’s intention to open 30 dispensaries in Ontario under the Meta Cannabis brand.

Fire & Flower Holdings (TSX: FAF) (OTCPK: FFLWF) Fire & Flower is second-largest cannabis retailer in Canada and is already operating in Ontario, with additional retail locations in Alberta, Saskatchewan, Manitoba, and the Yukon Territory. In total, the company has 33 retail store locations currently in operation. Much like Meta Growth, Fire & Flower expects to expand rapidly over the coming years, with a projected 85 stores by the end of 2020 and 135 stores by the end of 2021.

Fire & Flower is perhaps the most sophisticated cannabis retailer in Canada. Realizing that customers are likely to frequent a dispensary that offers them certain benefits, the company acquired Hifyre, a customer rewards and online retail platform that caters to the cannabis industry. The system will allow Fire & Flower to offer its customers benefits like reward points, exclusive deals and access to private events. The retail platform will also collect a vast trove of consumer data that the company can use for marketing purposes.

The company scored a major victory when it secured an investment and partnership with Couche-Tard, one of the largest retailers in the world with over 16,000 storefronts in 25 countries. Nearly all of Couche-Tard’s stores are Circle K convenience stores and this will be their first foray into cannabis. In August of 2019, Couche-Tard invested $26 million into Fire & Flower with the option of taking a controlling interest in the future.

Just as important to Canopy’s ambitions in Ontario are its leading brands and the vast war chest they lay claim to. Despite the capital crunch currently afflicting much of the Canadian cannabis industry, Canopy’s partnership with Constellation Brands (NYSE: STZ) has netted the company billions of dollars in investment capital. In late 2018, Constellation invested a staggering $5 billion into Canopy Growth lifting the share prices of most cannabis stocks in the process. While other companies will be scrambling to find the capital necessary to build out their retail store chains, Canopy will be will able to fund its goals with little problem.

Unlike most of the other companies vying for the lead in Ontario, any dispensary that Canopy opens in Ontario will be just one piece of a much larger puzzle. Prospective investors of Canopy need to become familiar with the rest of the company’s business interests, none more important than its arrangement to merge with the large-scale U.S. multi-state operator (MSO) Acreage Holdings (CSE: ACRG.U) (OTCQX: ACRGF). The pending merger with Acreage is contingent on the United States legalizing cannabis at the federal level. Acreage has obtained dozens of dispensary licenses across more than 10 states, which would leave the combined company with more retail cannabis stores than any other company on Earth.

Canada’s Largest Market Back on Track

Ontario is the most important market for the Canadian cannabis industry. The current retail store shortage should be greatly alleviated by this time next year when the province could have over 200 dispensaries in operation. The opportunity to open a large number of retail stores under a single company is a great one. To capitalize on this opportunity, companies will need to be well funded and have an extensive supply chain ready to meet what is expected to be vastly increased demand.

With No Clear Leader in the World’s Largest Cannabis Market, These 4 California Pot Stocks Look to Fill the Void